Rio Ferdinand said today he has decided not to appeal his three-game suspension and £25,000 fine from the Football Association for messages he posted on Twitter in September.

Speaking on stage at the Web Summit technology conference in Dublin this afternoon he told the audience “I didn’t see the point in doing it (appeal). The rate of success on appeals on these type of disciplinary panels is almost zero. I didn’t see myself getting the games taken away: it’d just prolong the affair, so I’m nipping it in the bud now.”

The 35-year-old former England captain, who tweets as @rioferdy5, faced the FA misconduct charge after he used the slang term “sket” (promiscuous girl or woman).

The FA Independent Regulatory Commission found that the Tweet was: “abusive and/or indecent and/or insulting and/or improper.”

He tried to explain how such things happen: “The problem is that sometimes you’re at home, you’ve lost a game, you’re sitting there, and you’re looking though your Twitter feed, and you’re really frustrated. You’ve lost the game, you’re playing rubbish... and you just see a few tweets that come in.”

It is understood Ferdinand feels the FA is guilty of double standards by punishing him and ignoring other offences, something the former England captain made clear last week.

On Friday afternoon, Ferdinand posted the message above on Twitter: “Is humour even allowed. I’m baffled! Ludicrous – I don’t mean the rapper.”

He also today admitted he has faced racist taunts and other abuse on Twitter, and said he’d welcome more efforts by social networks to crack down on the worst offenders.

END_OF_DOCUMENT_TOKEN_TO_BE_REPLACED 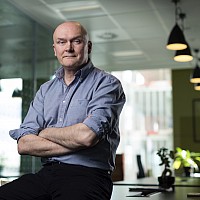