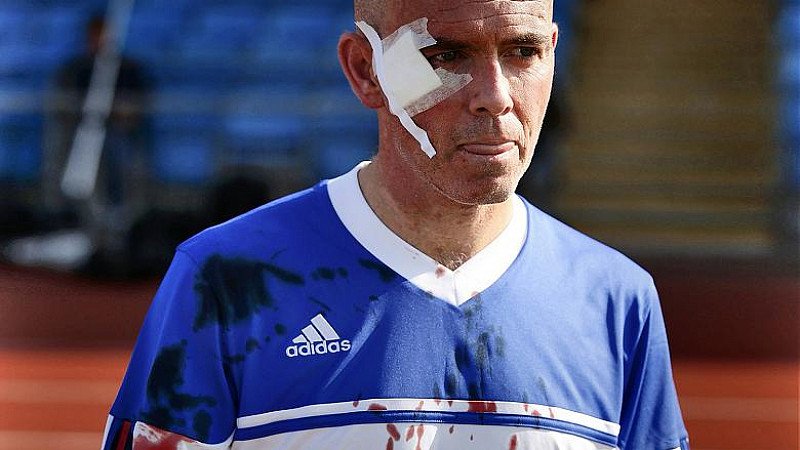 A reporter from the Northern Echo was left bloodied and requiring stitches after being elbowed in the face by Ed Balls during an annual ‘friendly’ football match between lobby journalists and politicians.

Rob Merrick was caught by the Shadow Chancellor's elbow during a 50-50 challenge and was left with a gash under his right eye. He left the field for medical treatment with blood all over his shirt, but later returned to be named man of the match.

The match at Manchester City's training complex, which traditionally takes place the day before the start of the Labour Party conference, was eventually won by the journalists 3-1.

Front-benchers Andy Burnham, Jim Murphy and Sadiq Khan were among those playing for the politicians' team.

Balls, known as something of a political bruiser, later said: "I was about to score a brilliant goal in the top right hand corner. As I steadied myself to shoot Rob came piling in from behind attempting to nick the ball and came off worst."