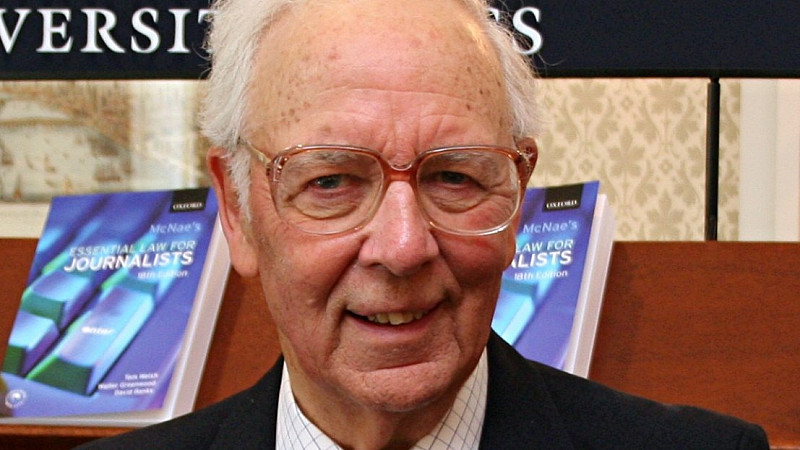 Tom Welsh, the former North West Evening Mail editor who was best known as a co-author of McNae’s Essential Law for Journalists, has died at the age of 85.

Welsh also worked for the Westmorland Gazette in Kendal and the Yorkshire Evening Press before editing the Evening Mail in Barrow from 1979 until 1986. His editorship of McNae's Essential Law for Journalists - with Walter Greenwood, who died last year - began with the seventh edition, in 1979.

Press Association legal editor Mike Dodd, who succeeded Welsh as co-author of the journalists' media law bible, told Press Gazette: "Tom was an inspiration to me, and to many others, as a media law specialist, as a journalist, and as a tireless campaigner for freedom of the press, the public's right to know, and the right of journalists to report what happens in our courts.

"He always set the highest standards, and expected and encouraged others to match them."

Bob Satchwell, executive director of the Society of Editors, added: "Tom played a huge part in the lives of journalists working in all parts of the media because of his contribution to their training and in keeping them informed about the law throughout their careers."

He leaves a widow, Mary, two sons and two daughters, as well as four grandchildren.