Journalists on Newsquest titles in Bradford and York have voted in favour of strike action and industrial action short of a strike.

They follow colleagues at the Darlington titles who last week also voted in favour of action.
The current National Union of Journalists dispute at Newsquest is in response to the threat of compulsory redundancies and the impact on quality and workloads after the proposed transfer of subbing work from Yorkshire and the North East to Newport, Wales.

The votes come a day after Gannett (the US owner of Newsquest) released its quarterly figures for the group saying:

"As a result, each of our segments was solidly profitable in the fourth quarter and we continue to generate substantial free cash flow. We continue to invest wisely and remain relentlessly focused on the execution of our strategic initiatives, raising the bar on operational excellence, and enhancing the strength of our balance sheet, which provides us with the flexibility to continue to invest in our businesses and explore promising new opportunities."

In Bradford, the NUJ says members voted by 80 per cent for strike action and 100 per cent for action short of a strike. It says there are 10 jobs at risk in Bradford where the Telegraph and Argus, Keighley News, Craven Herald, Ilkley Gazette and the Wharfedale and Aireborough Observer are published.

In York NUJ members voted by 83 per cent for strike action and 100 per cent for action short of a strike. There are five jobs at risk in York. The York Newsquest titles include The Press (six days a week), Gazette and Herald (weekly paper for the Ryedale area) and Yorkshire Living monthly magazine.

NUJ Northern & Midlands organiser, Chris Morley said they were ‘emphatic votes’
"It is not too late for Newsquest bosses to take a fresh look at what their hard-pressed and badly let-down staff are telling them and pull back from the brink of a disastrous experiment that could cause irrevocable damage to their local businesses.

"It is not as if the group is doing badly and having to cut for survival’s sake. Gracia Martore, boss of US parent Gannett yesterday told American money markets that Newsquest was 'solidly profitable' and that she was expecting that the group as a whole would have a 'terrific' 2014. Figures for the last three months of 2013, also showed Newsquest’s digital income rose by almost 19 per cent."

END_OF_DOCUMENT_TOKEN_TO_BE_REPLACED 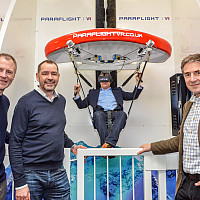