As flagged up last week on Prolific North, Trinity Mirror has confirmed it is planning to introduce a new “Shared Content Unit” based in Liverpool that will provide features content to Trinity’s 130 regional papers across the UK and the company is also planning to reduce the number of templates in use to just five.

News of the changes are detailed by the trade title Press Gazette which has been leaked a copy of a consultation paper sent to the unions by Trinity Mirror (TM).

A TM spokesperson at the company’s HQ in Canary Wharf declined to comment when quizzed by Prolific North.

This new digitally-led approach to regional publishing will in the North result in up to 27 job cuts at the MEN in Manchester with a further 11 jobs being cut across Liverpool, North Wales and Chester.

However, the national Shared Content Unit together with new investment in e-editions will see 10 'new' jobs created in Liverpool

The new unit in Liverpool is to be led by Jane Haase, the former features editor of the Liverpool Echo, with Emma Johnson as her deputy head.

The consultation paper says that TM's view is that: “Producing non-local content centrally will enable each of our newsrooms to focus on the two things that really drive newspaper sales and web traffic – local news and sport.”

There was also reference to an enhanced focus on community content with a new initiative titled 'Content Direct' being outlined.

“Over the past two to three years, we have seen a strong growth in the volume of community-produced content we publish, and there has been a great deal of positive reader feedback.

“We have also seen evidence of improved newspaper sales performance among titles that have embraced community content. We now plan to capitalise on this further.” 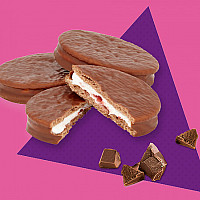