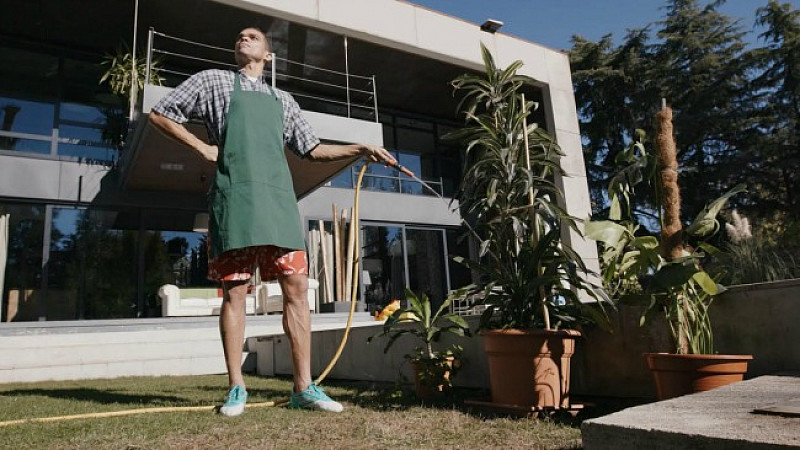 Manchester's LOVE has unveiled a tongue-in-cheek film for Umbro that celebrates the arrival of a new pair of boots for Real Madrid and Portugal defender Pepe.

Filmed on location in Madrid, the two-minute video shows Pepe waiting at home in desperate anticipation for the delivery of his new Umbro Medusae boots, a replacement for his beloved Speciali Eternal boots.

To his disappointment, the delivery man (played by soap star and comic actor Alex Carter) arrives with several other packages until finally the boots are handed over to Pepe - and he responds like a child on Christmas morning.

The film shows Pepe wearing his boots from dawn till dusk: making breakfast, having a shower, mowing the lawn, dancing in the kitchen, watching a film, reading a classic book - before eventually falling asleep in bed with them still on his feet.

The film is the latest Umbro activity to star Pepe, who has won both the UEFA Champions League and the European Championships in an incredible 2016. Earlier this year he was shown serenading his boots on Valentine’s Day, while last year he was captured discussing his entire career in a candid and emotional conversation with his father.

Dave Palmer, LOVE's executive creative director, said: “We wanted to tap into that feeling we’ve all felt as a child when we got new shoes or football boots. You never want to take them off, wearing them everywhere you go, even in bed. Sadly, as adults we tend to play it cool but the thrill of new boots is still there. We’ve just helped Pepe release that joy.”

Helene Hope, head of global brand operations at Umbro, added: “LOVE came to us with the simple logic of playing on the fact that Pepe’s got new boots and the feeling this evokes in all footballers, no matter what level they play at. The film has taken that premise to the extreme thanks to Pepe’s willingness to have some fun with it.”