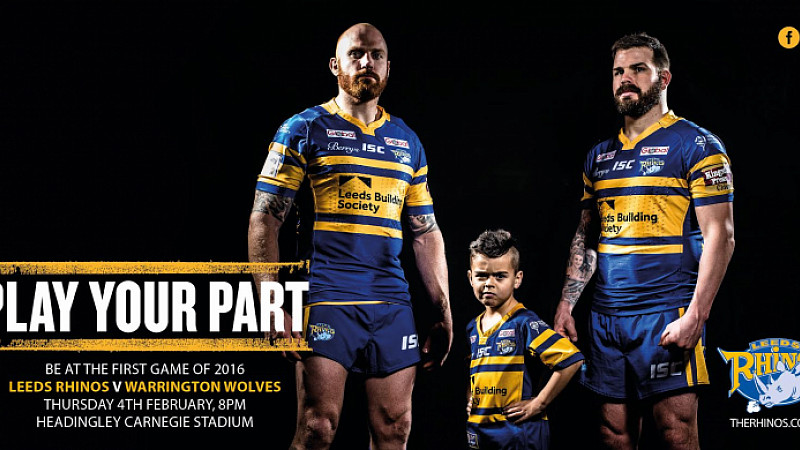 Leeds Rhinos has worked with Brass to help it take a more fan-centred approach to its latest membership campaign.

Designed to launch the new 2016 Rugby Super League season, the campaign places fans at the centre of the team's success.

It follows a Facebook competition which offered current members the chance to be photographed next to their heroes.

A diverse selection of members, including women, children, and those with disabilities, were subsequently photographed in a series of images alongside Leeds Rhinos players.

The final creative, developed by Brass, encourages fans to “Play your part” and become a Rhinos member in 2016.

Some of the campaign's creative

Abigail Furniss, head of marketing at Leeds Rhinos, said: “The ‘Play Your Part’ campaign is all about putting the fans in the limelight. Traditionally our campaigns feature players but fans play such an important part in the clubs success and we wanted to reflect this in our marketing campaigns.

"We are really proud of their passion and commitment and it was great to be able to thank some of them with the opportunity to meet players and the experience being part of a photoshoot.”

Dave Lambert, creative director at Brass, added: “At Brass, we pride ourselves on being a customer-centric agency, delivering strong creative executions that are strategically driven.

"Our new membership campaign for Leeds Rhinos comes from the insight that Rugby League fans are as big a part of the game as the players themselves and that when they wear the shirt they’re part of the team. They may not score the tries, but they’re a massive part of the game.”

The new Rhinos campaign, which went live on January 21st, and can be seen across online and offline marketing channels.