John Cooper Clarke has been working with The National Trust to create a poem to celebrate the British coastline.

The Nation’s Ode to the Coast was written with the help of more than 11,500 contributions from the public, submitted via the #lovethecoast hashtag. The winning submissions have now been filmed for a promotional film.

“The creation of the Nation’s Ode to the Coast could not have been possible without the help of the public, who by getting involved this summer, have  helped raise awareness of the need to protect the coastline,” explained Kate Martin, National Trust coast and countryside ranger.

The poem comes 50 years after Betjemen wrote the first poem for the National Trust in 1965, that was to mark the launch of the Neptune Coastline Campaign.

Half a century on, Dr John Cooper Clarke used the general public’s submissions to complete the final poem.

“I wasn’t surprised by the strong reaction this poem has triggered from the British public as poetry is such a brilliantly reflective and inspiring way to motivate humanity to act. The contributions I received were very inspiring, with some of my favourites being the actual lines of poetry that the public had written themselves. It's great to see people using poetry to tell their story,” he said.

“It's vitally  important that the coast remains protected for generations to enjoy, and I only hope that the work I have been doing with the National Trust will encourage people to support the charity to protect these beautiful coastal places for another 50 years.” 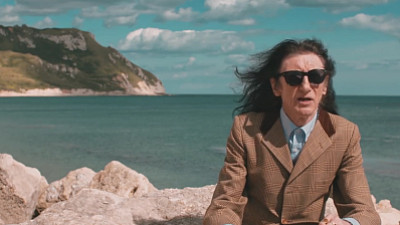