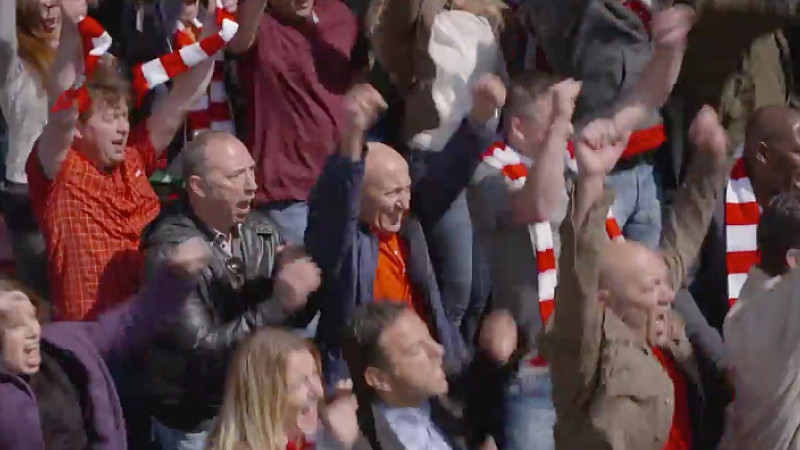 “The idea of the campaign is ‘Be Part of the Action’ and after much consideration we decided to put the biggest sports fan in our office in our commercials and that’s the boss Fred Done,” explained Betfred’s head of marketing, Gemma Strath.

“He may be a bookmaker but he lives and breathes sport, plus in a very competitive market place we decided to use Fred. Ultimately the message we want to get across is that you are betting with a real person here at Betfred.”

The ads will appear across the Sky Sports network and on Betfred’s in-house channel.

“From the outset this campaign was all about making Betfred’s customers part of the action and it was important that the audio and visuals in the commercials did this. We’ve really tried to capture the sights, sounds and excitement of cross –platform sports betting,” said Shadowplay’s Rob Pickard, who also directed the ads.