Chippy tea and scotch for LOVE 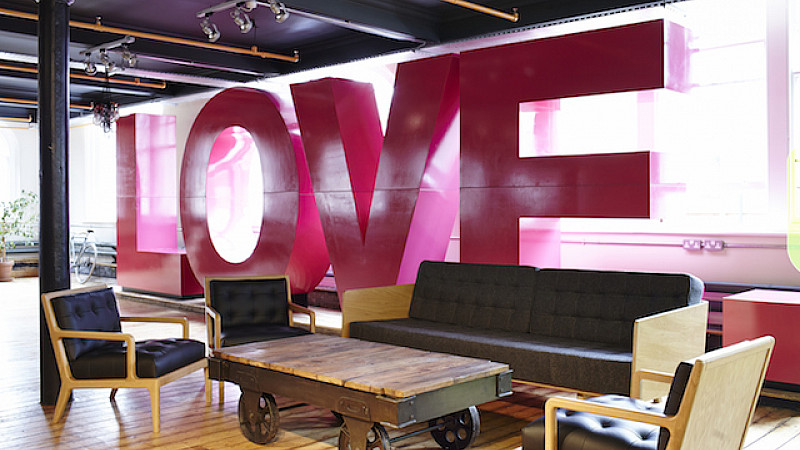 Manchester-based LOVE has moved to a new headquarters which includes its own whisky bar and a homage to chips.

The premises in Dale Street utilises a bigger base for the agency following several new business wins and appointments and, as well as the bar, also boasts a library converted from a redundant lift shaft.

Executive Creative Director, Dave Palmer explained: “After creating brand spaces for our clients, it was great to actually design one for ourselves. But the design doesn't just end now we're in the new office. We want it to be a living, breathing space that evolves and adapts with design that impresses the team and stimulates our creativity.”

LOVE says it is ‘an agency that has story telling at its heart’ and has purposely woven that into the new space with design nods to the city's culture.

For instance, the long tables in the shape of a chip fork represent the chippy tea enjoyed by many Mancunians on a Friday night.

And rather than the traditional wall of awards common in agency receptions, LOVE's trolley load of awards have literally been piled high in a supermarket trolley.

The custom-made office space also has shelves well stocked with Haig Club whisky when it launches in the autumn, as LOVE worked on this new stylish brand for long-time client Diageo.

“We'd been in our last office for eight years and had certainly outgrown it. It's like starting a new job after going into the same office for so many years! The new space feels like us as it now reflects what we are today,” said Palmer.