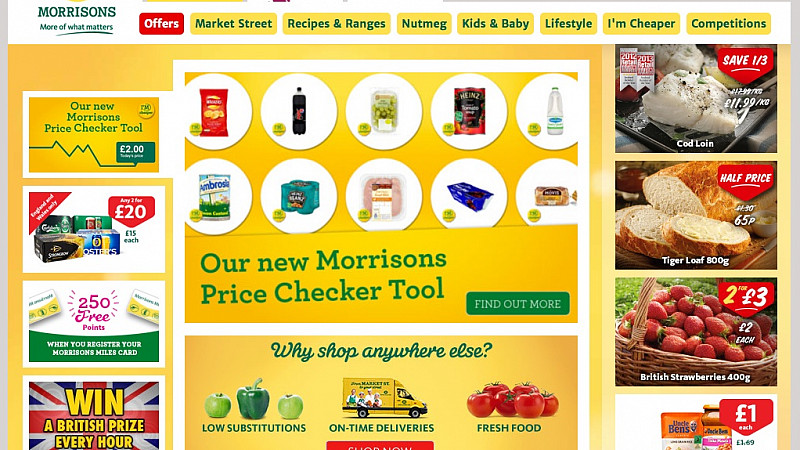 Under fire Morrisons has extended its online delivery service into the North of England, with Manchester and Hull.

Dalton Philips had announced a “disappointing” 7.1% drop in sales, something which Sir Ken Morrison didn’t quite agree with:

"The results were described by the chairman and chief executive as 'disappointing'. I personally thought they were disastrous,” he stated in the shareholders meeting.

"When I left work and started working as a hobby, I chose to raise cattle. I have something like 1,000 bullocks and, having listened to your presentation, Dalton, you've got a lot more bullshit than me."

Morrison’s father founded the supermarket and Sir Ken, now 82, helped build it from a small family business into the country's fourth largest chain.

Meanwhile, from this week Morrisons will be delivering groceries to 807,000 homes in Greater Manchester and 148,000 in Hull and Beverley as it continues to roll out its online service.

It has also added a new online offering, which is chilled beer, wine and soft-drinks. A first for an online retailer, which the chain says is due to its unique “central pick model.”

“We’re proud of our Northern heritage and are delighted to arrive in Manchester and Hull,” said Jamie Winter, trading director of online food at Morrisons.

“We want to challenge preconceived ideas of online grocery services by surprising shoppers with just how good an experience it can be with us.”

Working in partnership with Ocado, it says it has a 96% success rate for delivering on-time in the one-hour slots.