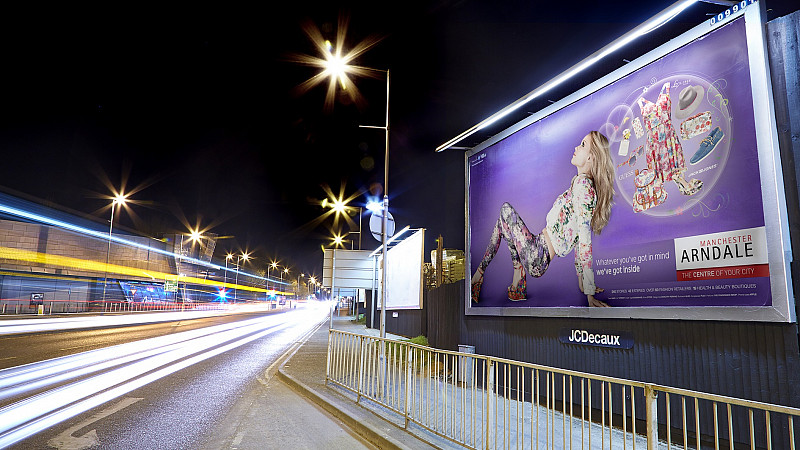 It includes 48-sheet and 6-sheet posters on arterial commuter routes around the city and a 10-second motion graphic advert displayed on digital screens in the shopping centre. There is also online support through its website, Facebook and Twitter.

The marketing ties in with a door-drop of its Spring Inside style guide. The 8-page issue is distributed to 150k households in Greater Manchester.

Manchester agency, Refinery designed the Spring campaign to showcase products and reinforce the centre’s brand message of “Whatever you’ve got in mind, we’ve got inside.”