Marketing services and print management company APS group, has opened an office in Paris and is targeting faster sales growth on the continent by way of organic growth and potentially by further acquisitions.

APS, which was established in 1961, is still family-owned with the founder’s grandson, Nick Snelson, the company's chief executive and 100% shareholder.

Around 75% of sale are still derived from print with the balance now earned from a broader marketing services offer including POS and design through its Origin trading brand.

In total, over 600 people are employed across the company and at the head office in Cheadle, south Manchester.

Customers include Superdrug, the Co-op, MBNA, the BBC, Hyundai, Philips, Adidas and the Scottish Government.

The company has two subsidiaries; one in Scotland and one in Eindhoven, Holland.

The Dutch subsidiary is the result of the acquisition of Relate4U in December 2010.

The Paris office is primarily sales-led in its remit but it will be working closely with the operation in Eindhoven as it seeks to establish a presence in Belgium working alongside a partner company Gemaco.

And Germany and Scandinavia are also currently on APS' radar.

McLaughlin said that the appointment of Feuillette tied into what is a broader strategy to develop a larger European operation with plans to open further bases in other countries.

McLaughlin added that: “What we do and how we do this will largely depend on what response we get from our customers on the continental and also from the research we are about to undertake, looking across Europe.” 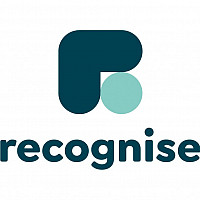