Jim Rothnie: Draconian NDAs can come with a sting in the tail for agencies 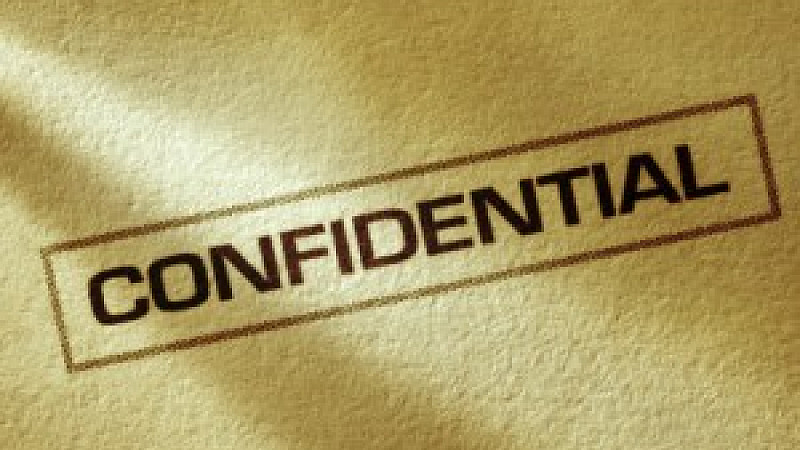 Jim Rothnie, new business director at McCann Manchester, says that agencies can no longer afford to ignore the finer details on a prospective client's non-disclosure agreement

I know it’s boring, and I know it’s small and fiendishly hard to read. Which means most people give it a cursory glance and sign on the dotted line.

The scenario I’m about to paint will be familiar to anyone who’s spent time working in new business in an agency.

In fact, the scenario is so familiar that you may be tempted to skim through and move on to the next article.

But stay with me, because there is a pretty nasty sting in the tail which affects all agencies regardless of size or specialism.

The phone goes and it is the head of procurement from a large company you’ve been trying to get through the door of for months. The conversation goes something along the lines of:

“We’re looking to put our business out to pitch and we’d very much like to involve your agency in the process. We’re only talking to around five agencies and will shortlist three to pitch. Would you be interested in participating?”

You take a deep breath and muster up an appropriate response sitting somewhere between puppy dog enthusiasm, insouciance and polished professionalism. “Yes, we’d be interested, but before we commit, can you tell me a little more?” you respond.

To which the reply goes, "We’ll need you to sign an NDA before we can share anything. I’ll send you one, can you get it back to me tomorrow morning because we’re looking to do chemistry meetings in the next week or so.”

Happy days. NDA arrives, you give it a cursory glance just to make sure it is dated correctly and is made out in your company name, sign it, return it and don’t give it another thought.

And that’s where things start to unravel. But the problem is, you don’t yet know it and chances are you probably won’t know that you’ve got a problem unless you are lucky enough to win the pitch and re-engage with procurement on sorting your contract.

And the reason you’ve got a problem you don’t yet know about is because when was the last time you stopped to read an NDA? Not just check the date and your company name, but I mean really read it, line by line and clause by clause?

I know the answer to this one based on numerous conversations with procurement people over the last couple of years.

Because if you have read an NDA recently, you’ll have spotted they’re becoming increasingly draconian.

So much so that it feels like someone is making a small fortune running seminars for procurement professionals on how to write one-sided contractual documentation for agencies, because the same clauses are turning up time and again. And it’s a trend that has become more prevalent in the past 18 months or so.

They'll play fast and loose with your IP

It starts with a one-way rather than a two-way NDA which basically means you’ve got to keep the client’s IP a closely guarded secret on pain of death, but they can play fast and loose with yours.

It then gets fruitier because there’s no term on the agreement, so if you sign up you’re bound to maintain confidentiality in perpetuity.

Things get even more unpleasant when they introduce a consequential loss clause – i.e. if you leak something (even inadvertently) and it does damage to the company, they’ll look to sue you.

Which in itself is not unreasonable and should encourage agencies to be careful with the information shared with them. However, a growing number of NDAs feature such clauses with an uncapped liability meaning the client really can take you to the cleaners if an issue should arise.

I could go on and highlight other scary clauses, but you get the gist.

By now, you’re probably asking, why does it matter? You sign up to all these clauses on the NDA and then you win the pitch. You discover as your lawyers study the draft contract that the unpleasant clauses that were in the NDA you didn’t read have rocked up in the draft contract including the really nasty one on uncapped liability. Your lawyer tells you not to sign on pain of death and that you need to push back to procurement.

So that’s what you do and you get a bit of a shock along the lines of “We’re surprised you are concerned about these clauses, because you signed up for all of them when you completed the NDA, so I’m not sure I understand your problem?”

So how do I know this is the case and the vast majority of agencies are blindly signing NDAs? The answer is simple.

Do we refuse to pitch? Too right we do

Over the last few years I’ve paid very close attention to NDAs which is why I know about these nasty clauses. And yes I’m big enough to admit I nearly got caught out a few years ago when I signed an NDA in exactly the manner I’ve outlined above.

So as a result, when I get an NDA containing these clauses I always ask procurement if they are willing to amend the NDA. After all, they talked warmly about finding a long-term agency partner who they can work with over a number of years, so framing an agreement that works for both parties should just be a formality.

And the answer I get around 70% of the time is, “I’m not sure we can do this and I’m not sure why you are worried. None of the other agencies pitching have raised this issue”, which is how I know a lot of agencies aren’t reading before signing. Don't be afraid to refuse the pitch

Such a willingness to accept these terms creates an industry perception that agencies will sign up to anything because they’re so desperate for business, which means such clauses become the norm of doing business.

Now in defence of procurement teams, most of them are willing to listen and take your concerns on board and you get to an amicable place very quickly. But a growing number are pretty intransigent on the issue.

And in circumstances like that, do we refuse to pitch? Too right we do. After all, if the company is like that to deal with on first encounter, what will they be like as a client?

So why do we need to push back on one-sided NDAs? If we don’t, we normalise one-sided agreements and that’s not good for anyone’s business in the long term.

As I said at the start of this article the small print is boring and it is very small, but unfortunately it’s becoming pretty important to read it if you don’t want your business to catch a very nasty cold each time you win a new client.

Either that, or carry on regardless and buy yourself some steel-plated pants - because you will get bitten on the bum.