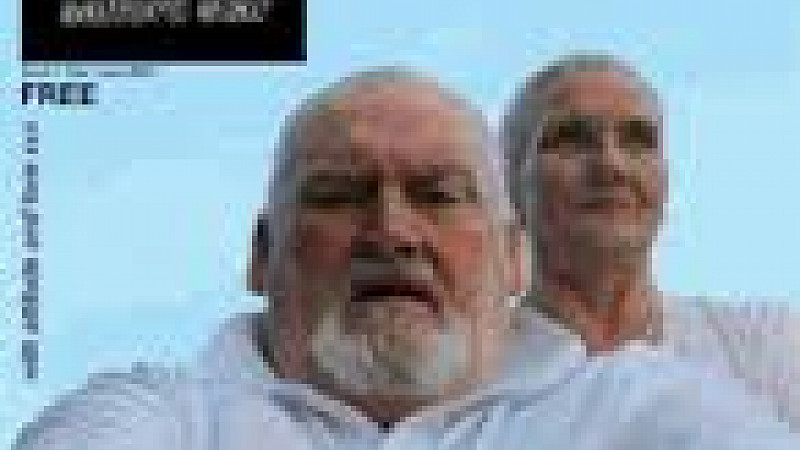 Whether you're a fan or a foe, there's no doubt that The Salford Star has never been shy of a forthright approach. Ahead of the publication's return to print, Bernadette Hyland talks to to editor Stephen Kingston about the city, the council and the competition.

Salford is not Manchester, as Salfordians never tire of telling you. With half the population of its big sister - and far less media attention - it's always fighting for its own identity, which is combative and in your face. This is the city that produced Shelagh Delaney, Walter Greenwood and Christopher Eccleston. This is the city where you are not surprised to find a Working Class Movement Library.

And this is the city with Britain's best online community magazine, the combative Salford Star. The Star is famous locally for its unwavering support for the local people, its relentless drive to make the local council, its mayor and anybody else who takes public money from the Salford people accountable to those people.

The Salford Star was born in 2005. I sat down with its founders at a café in Salford to discuss why a community newspaper is so important to the city. Stephen Kingston and Steve Speed are the co-founders and Stephen is also the editor. Neither of them come from a traditional journalism or media background, although both of them have a history of working in communities on local newspapers.

Stephen left university in 1981 and because of the lack of jobs worked as a bin man. "I was involved in the union and we were threatened with privatisation. So to find out what was going on I pretended to be a journalist and rang up the company who wanted to take us over. I got all the information and told them back at the depot. From that day on I thought 'I could be a journalist'".

As it turned out, he did not go into journalism for another 10 years but then worked on many local and international newspapers and magazines for another 15 years.

Steve Speed trained as a photographer at university but found work as an agency photographer depressing. "I hated it. Photographing celebrities and doing the 'death knock', where someone's son had been shot dead and the journalist would knock on the door and I would have to take the photo."

Both Steve and Stephen left the mainstream media and went into community journalism across Greater Manchester. They taught journalism courses and produced newspapers for local communities in Old Trafford, Manchester and Salford.

The north west has a proud history of an alternative press in the 1970s, but the Star is quite different. Stephen says: "Unlike other community magazines, we were asked to produce it by the community in Salford."

They wanted their point of view put across and they had no other way of doing it. This is an important point about the Star.
The first few issues of the Star were free and were produced as a glossy magazine with more than 100 people involved, including writers, photographers and distributors. It was a popular local magazine as Stephen says: "Usually magazines get two to three readers per copy, the Star was getting 10 readers per copy. And people were keeping it, which we think was down to the quality."

The Star stood out from other community magazines because it looked more like a mainstream magazine rather than the usual community newspapers. It benefited from having highly skilled and experienced journalists and photographers working on it. The Star was (and still is online) very funny about serious matters, it pokes fun at the people in power and also points out the growing divide between them and the people who elect them.

It has been relentless in publicising local people's disenchantment on issues ranging from regeneration schemes that have replaced social housing with luxury flats to the local MP Hazel Blears' abuse of the expenses system. It has championed local sport, dance and culture.

At loggerheads with authority

But, as the Star's popularity with its community has increased, so its relationship with Salford Council has deteriorated. In 2010, funding to the Star was rejected by Salford Council's cabinet on the grounds of "unbalanced content" and "offensive language" that was "overly political". The Star responded: "The magazine does have an agenda - to give the community a voice and to hold public bodies up to account."

As the Star was forced online so other mainstream newspapers have been in retreat, withdrawing from local communities, cutting staff and with falling number of paper copies being sold, increasing their online business to attract advertisers at the expense of interaction with their readers.

Stephen believes that it is the content of the local press that is losing them readers. On the Manchester Evening News, he is forthright: "It is because the paper is crap. If they made it better they would get their readers back. It's not challenging and has a shocking standard of journalism."

The production of the online edition of the Star demands a level of commitment that few people could maintain over a long period. Stephen says: "Online is completely different to a paper. It is a very quick turnover of stories, a massive rush to get stories up, at the moment I am working on five stories, all that should be up today. It is a 24/7 operation."

It is because other newspapers no longer fund investigative journalism that the Star can have an effect on getting local stories into the mainstream media. When iGas decided to start fracking at Barton Moss in Salford, it probably did not realise that the involvement of Salford Star in documenting the daily protests by Barton Moss camp would lead the issue to become a national one. As Stephen says: "The Barton Moss campaign was more effective because it had a local media (the Star) to promote it. We know how to communicate and can help campaigns to win." Neither he nor Steve Speed get any pay from the Star, but because of their high profile in producing a quality product it has led to them getting other work. "The spin-offs have been working on trade union newspapers, teaching, running workshops but we still don't make enough money to live on."

So why do they do it? Stephen is very clear about this: "Someone has got to do it. If you have the skills, it's important for democracy and accountability and if you don't use those skills, you are selling yourself out, your soul and selling the city out. It is incredibly important that people know this stuff."

In September, they are going back into print. Typically, the Star is bucking a national trend. The print edition is being funded by donations and advertising and will be free. As Stephen says: "I don't want the poor working class of Salford to pay for it. We are printing two issues, that is 20,000 copies, going straight into peoples' homes."

They see themselves as content curators, an example being the high number of videos that were taken at Barton Moss Camp documenting the day-by-day protest. "We can sift through videos and package them so that people can understand what has happened."

For Steve and Stephen, the Star is something more than a newspaper. "Its roots are in do- it-yourself. The idea is to make a good community magazine that entertains and holds people to account. It is there for future generations. We are creating an archive for people in the future to learn from."

* This article was funded and first published at the independent journalism network Contributoria.com and is reproduced here with the permission of the author, Bernadette Hyland.