Redefining value: Sue Little on how brands can survive the age of the cash-strapped consumer 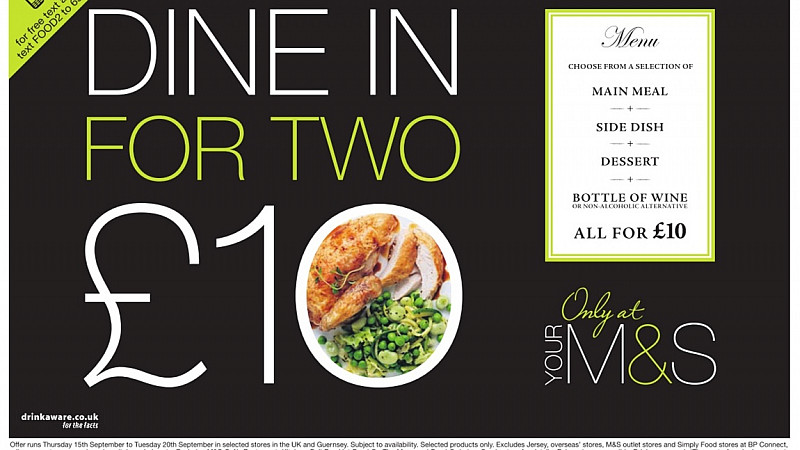 With economic uncertainty looking set to continue for some time in the aftermath of the budget, McCann Manchester chief executive Sue Little takes a look at what brands need to do to stay connected and engaged with cash-strapped consumers in austerity Britain

If the media coverage around the economy is anything to go by, it looks like the nation is still going to hell in handcart for some time to come.

With real incomes falling, living standards dropping and prices generally continuing on an inexorable upward march, it would be incredibly easy to talk yourself into a pit of despondency.

Regardless of the gloomy headlines, people are still shopping, they are going on holiday and life goes on even though we’re all supposed to be cash-strapped consumers.

While the continued demise of the high street undoubtedly amplifies the perception of general misery, it’s worth pausing for a moment to understand who exactly this cash-strapped consumer is.

And then once you’ve identified them, it is also worth asking what have brands got to do to really connect with these consumers in these austere times? This is something we’ve spent the past five years looking at for a number of clients and it is fair to say the picture is continually shifting.

Just when we think we’ve got it nailed, we blink and the consumer has moved on.

However there are some recurring truths that continue to surface time and again throughout the recession.

Many of the views that I am about to express have been elicited from talking to consumers on a weekly basis about their finances, their purchasing habits and their attitudes towards spending.

I believe that what the recession and current economic climate have done for all of us is to make us more focused on value than ever before. And by that I don’t just mean price; the relationship between price and quality has never been more important for consumers.

For some, being a cash-strapped consumer is as much a state of mind and a conditioned behaviour brought on by this era of austerity, as it is a reality for the vast majority.

I actually think ‘cash-strapped’ is something of a misnomer and the term ‘value-focused’ is far more fitting to describe the current behaviours being displayed by many consumers.

For marketers, we need to distinguish the difference between cash-strapped and living on the bread line and at the risk of sounding somewhat mercenary, brands need to go where the disposable income exists.

If you look at the spectrum of availability of disposable income, at one end you have the breadline; those people who are frankly in poverty, or on the edge of it. These are the people for whom survival is the only game in town and the opportunity for mainstream brands is pretty limited.

You’ve then got a large rump in the middle, who represent the cash-strapped consumer.

These are what the politicians have termed the squeezed middle and for brands, this group represent fertile territory if you get it right.

We’ve then got the third group who are perhaps the most interesting. These are the people who you might describe as reasonably comfortable. They’re not loaded, but they can still afford to do many of the things they want to do.

Fashionable To Be Frugal More and more shoppers are hunting out bargains

However, the general austerity of society as a whole means they’ve become much more cost-conscious. This is the group that is wanting to show it is being canny with its money and is avoiding any signs of conspicuous consumption. For this group, it has become fashionable to be frugal.

The behaviours of the fashionable to be frugal and the cash-strapped are manifesting themselves in a number of ways.

They’re shopping at the discount retailers, having discovered them in the aftermath of the financial crash. They’re seeking out bargains by using price comparison sites, and they’re playing ‘chicken’ with retailers on the run-in to Christmas by waiting until the last minute before they do their shopping.

Or put another way... they’re being canny. And it is easy to mistake being canny for being cash-strapped.

The harsh news for brands is that the age of canniness and value-focused consumers is here to stay, regardless of what the economy does over the next few years.

That said, we need to balance the economic reality with the stark fact that consumers are getting tired of being told they’re hard up and poor.

They know times are tough. They know they’re having to be more careful with their money, but don’t keep reminding them. Because if you do, you run the risk of them choosing not to spend anything at all. So if you don't want to tell a consumer they're poor, what can you do as a brand?

So if something is cheaper, consumers need to be able to see with their own eyes why it is cheaper.

In a retail environment, is it cheaper because there are fewer staff and a pared-down store environment, or is it because the retailer has got the brand owner to fund the discount?

Whatever it is, consumers have to be able to work out why it is cheaper and feel comfortable with the trade-off.

With many of the discount retailers who have flourished through the recession it is all about offering great quality at a fabulous price, and it is achieved by paring down the retail operation to eliminate the frills.

On the other hand, with a brand like John Lewis, an equitable relationship means understanding that the person serving you is one of the owners of the business and they are going the extra mile in terms of service for that very reason, even though the price may not actually be the lowest in the market.

And with a brand like Nike, you accept you’re not just paying a premium for a pair of trainers because you also get all the apps and support to help you become fitter, perform better etc.

And just as creating an equitable relationship is vital, it is equally important to recognise that the whole idea of value is changing its shape on a continual basis.

The Whole Idea Of Value Is Changing

If you look at M&S’s dine-in offers, they’ve pretty much reframed the idea of a treat for the weekend. For large swathes of the population, they’re living up to the catch phrase of “staying in being the new going out”. M&S has recognised that our treats are special, but because they’re special, it doesn’t mean they need to cost a fortune. And we love them for it.

And from a retail perspective the meal deal may well be being used as a loss leader – but the point is that the marketing activity is done honestly and as a consumer you are getting incredibly good value.

So in summary, brands have to create a much more equitable relationship with consumers and consumers need to see how the value has been created.

If they can see how it has been achieved and you communicate this in an appropriate way, you’ve got a good chance of winning through in these cash-strapped times.

If you’re a brand that is creating an equitable relationship with consumers there is a fine line to strike between telling consumers what you’re doing and how you’re doing it and quite simply over-egging it. And if you push too hard, there is a real risk of forfeiting the good will you’ve created.

I think perhaps the lesson here, in the age of equitable relationships, is that it is not so much what you say, as what you do.

If you’re doing the right thing and telling it how it is, you can rely on consumers to work it out for themselves. And if you get this balance right, consumers will start to do your work for you through social media.

So if I was going to boil everything down into a few salient points where would I get to?

Firstly, keep listening to your consumers. All the time. Behaviours are changing so quickly, if you’re not completely in touch with your consumers all the time, you’ll blink and their behaviours will have changed. So stay close to your consumer and be prepared to change... quickly. And in some cases very quickly.

Secondly, make sure consumers can understand how you’re offering what you are and there is an equitable value exchange for them. And I am afraid that they have to be the judge of this, and not you. So research is a key component of getting it right.

Thirdly, tell it how it is. Keep it simple and avoid the frills. If you are offering frills make sure you communicate what they offer and why you’re doing it. Frills should not be there to hide the facts.

Fourth, tell me what you want me to do as a consumer, but do it with a light touch and entertain me. As a brand you’re looking to create that ‘water cooler moment’ which exists in social media these days as much as it does in office tea-making areas and the light touch creates warmth and empathy.

Fifth, think more carefully about the channel mix than you’ve ever done. This is a really interesting, and I think often undervalued area. In essence you’ve got to think about how the consumer receives a message through a given channel as part of an overall customer journey. But at the same time, the channel has to work in isolation for the consumer because it might just be their only touchpoint with the brand.

Sixth, recognise we are now dealing with consumers who are more marketing and advertising literate than ever before. They can smell a rat a mile off and if they scent a rat they’ll tell everyone about it.

And finally, to pull it back round to our cash-strapped consumer, I believe value brands and brands overall, provided they offer real value, will continue to thrive even if the economy does really start to pick up.

All of our behaviours have been changed forever by this recession and why on earth would we start to pay over the odds for stuff we don’t want or don’t need?

I, for one, consider myself a canny consumer and certainly don’t intend to start doing that, regardless of how good the economy might get in the future.