The skills are in demand, but are universities producing digital natives or novices? 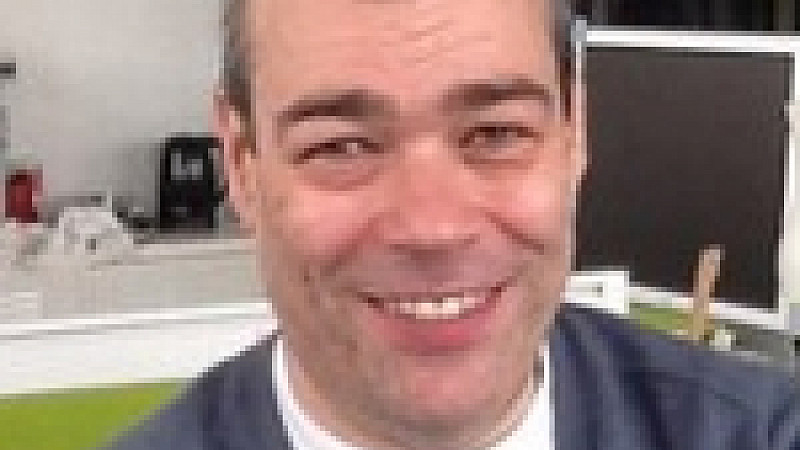 Ahead of the Skills Summit conference and TalentDay next week, we explore the ongoing debate about the skills fit – or lack of – between higher education and industry, with practitioners on both sides claiming the issues lie elsewhere.

The digital sector is one of the fastest growing sectors in the UK and companies in Manchester, Leeds and Liverpool continue to report an almost insatiable demand for current and future talent. But is this demand being adequately met?

Not according to general consensus.

The BBC recently reported a 23% decline over the past decade in the number of students taking computer science at university. And many industry experts have repeatedly voiced their concerns over the shortfall between the skills and experience of the typical digital-educated university graduate and what is required to make it within the sector. Mark Jackson, EMEA chief technology catalyst for McCann Worldgroup, put it bluntly: “Courses are too narrow in their focus and not relevant to the industry.”

Similarly Dan Patton, director of digital media at MTV Networks UK & Ireland, has described the shock graduates receive when they first enter the workplace and "find that their technical skills and knowledge are mismatched or outdated because the industry moves so fast". Of course a large part of the problem can be traced back to this breakneck speed of development, with new roles and required skillsets being created all the time. As Paul Bason, director of Creative Manchester at Manchester Metropolitan University (MMU), pointed out: “We’re only just at the beginning of this digital, technological revolution and are training young people for jobs that don’t exist yet. I don’t think that’s ever been as true before.”

Concerns have led many to question whether university still offers the best route into the sector.

Three years is a long time to be studying for a vocational degree given the pace at which digital is evolving. Needless to say, the recent rise in tuition fees has only brought the issue further to a head. Prospective students are being forced to think more than ever in terms of value for money and future employability. The role of apprenticeship schemes has belatedly come onto the agenda within the industry. Similarly the emergence of other alternative tertiary education providers such as Hyper Island and the Skillset Academy Network, offering a new, more heavily industry-based approach to learning, has sparked interest and fuelled debate.

Closer ties between universities and the workplace

But is it really right to link the digital skills gap simply to the way that digital is taught in universities? According to Tony Foggett, CEO of Code Computerlove and chair of Manchester Digital, the industry is often guilty of “a general moan about how students aren’t good enough”. He argued that this view is not necessarily fair or true, pointing out that nearly every university across the country offers some kind of digital interactive course and you will inevitably have "pockets of brilliance and failure". One such example of success can be found within the work being done at MMU. Here several new initiatives have been set up in order to help address the problems raised. Take Digital Innovation for example, a new online project launched late last year to help foster closer collaboration between each of the different faculties within the university and connect it with the wider digital community and conversation in Manchester and beyond.

Similarly the popular Agency Life scheme is a course unit open to second year students in the marketing, operations and digital business department. It offers places within advertising, marketing, PR or other digital agencies, exposing students to the everyday concerns of a busy work environment. It has, according to MMU, proven successful among employers within the region with several students being offered jobs as a result, as well as helping to strengthen CVs. "It's a good example of how the universities are trying to get closer and closer to industry to make students work-ready," said Foggett.

Creative Manchester's Bason explains the dual value of such projects as they not only provide students with "a fresher view on things", but also help to ensure members of staff "don’t lose touch with the industry".

Indeed, his colleague David Edmundson-Bird, principal lecturer in digital marketing communications at MMU, added: “Most of my staff continue to practice within the industry, or are ex-practitioners. We all work very closely with companies on the outside.”

In fact, when asked about the digital skills gap, Edmundson-Bird acknowledged that “digital moves very quickly and there are some issues with remaining up to date in a very specialist area”.

However, he said: “What’s been interesting is when I talk to individual employers, they’re not really interested in people being very qualified in a very specialist area. In fact they are far more interested in asking ‘Do they work in a team? Are they creative? Are they enthusiastic?’ People can be trained up very quickly in a technical issue; it’s whether you have the quality to be trained up which is probably more important.”

And perhaps this is where the problem actually lies.

Instead of technical skills, are graduates lacking in something more fundamental?

“The issue really is back at schools, not universities,” Foggett argued. “What are the skillsets that the modern world needs? Problem solving, creativity, technology. They are what will really drive this country, but are at the bottom of the agenda when it comes to our education system unfortunately.”

Edmundson-Bird expressed similar concerns: “We’re sitting on a time bomb with regard to the way that learning is occurring further down the food chain.” He pointed to the pressure placed upon schools to perform in Ofsted inspections and league tables, arguing that this is having a negative impact upon the way education is delivered. “If you encourage people to be creative, they make mistakes and the mistakes count in grades,” he added.

Edmundson-Bird also raised the issue of creativity: “In schools we tend to think that painting is the creative bit and ICT is the stuff you have to do in order to learn how to word-process. In fact, writing code can be just as creative as writing poetry. The problem seems connected to the position that technology still occupies within the popular imagination. Digital is often perceived as a dry, difficult world - best left to the techie.”

This ‘non-creative’ approach taken in schools has resulted in repercussions down the line.

Speaking of the current education system Daniel Bonner, chief creative officer at digital agency AKQA, stated: “From the perspective of an employer that demands talent, entrepreneurial spirit, creative excellence and innovation, I would have to conclude that the prognosis is bleak.”

Ben Hatton, Managing Director of the digital agency Rippleffect, also identified failings in terms of the career advice available to school students."Digital is the future; that’s where the jobs are" and yet school students are discouraged from taking ICT which tends to be presented negatively as a ‘bad’ or ‘soft subject’ - the Fourth Science.

Edmundson-Bird also argued that students are still being advised to choose supposedly ‘safe’ pathways such as law or business, inevitably leading to a glut of law and business graduates whilst digital suffers from a talent-gap.

Steve Beswick, Director of Education at Microsoft UK, recently pointed out that though there are currently about 100,000 job vacancies in the UK that require computer science qualifications, only about a third of that number graduated in this area last year, whilst Manchester Digital has identified an ‘acute digital skills shortage in the North West.’

Hatton went on to add that"given the formative role that school plays in shaping pupils’ futures, teachers and careers advisors have a moral responsibility to ensure that the advice they are giving is informed and up-to-date."

For this reason they should be taking an active role in connecting with industry and talking to those on the inside. Yet news headlines suggest that industry itself is beginning to take a greater interest in the way ICT is taught in schools and how the digital world is presented to the next generation. In a recent project funded by Google 15,000

Raspberry Pi microcomputers have been donated to schools across UK. Furthermore Google and Raspberry Pi are working with six educational partners, including Code Club, Computing at School, Generating Genius and Coderdojo to help ensure that teachers and students get the best out of the devices, and are sponsoring ICT teacher training via a scheme in conjunction with the charity Teach First. Many however have voiced discomfort, questioning whether large corporations such as Google should take on such a role.

To use the old cliché, it seems what is needed is a bit more joined-up thinking.

Wouldn’t it be great if universities, apprenticeship providers, colleges, schools and digital businesses could all enter into one conversation together? More events like Manchester Digital's conference and careers fair next week would certainly help.