Exclusive: Webtise and Apposing confirm split - only a year after deal

Just 12 months after Webtise’s acquisition of Apposing, the two Merseyside digital agencies have reached a legal agreement enabling Apposing to return to its former independent status.

The deal announced in January 2016 saw the two agencies merging their businesses with Apposing owner Dave Brown taking up 25% of the Webtise equity and the balance owned by three Webtise directors: co-founders Graham Withe and Daniel Clutterbuck, and CEO Justin Young.

The enlarged company claimed 67 staff, 900 clients and Apposing’s staff and operations transferred to Webtise’s new 5,500 sq ft head office on the Wirral. The combined Webtise was placed at number 27 in Prolific North’s definitive ranking of Digital Agencies in the North.

The company claimed sales of c£3m with Apposing accounting for around a quarter of the total.

However, although the acquisition took place a year ago, Brown was never allocated any shares in the enlarged company. All the equity has been retained by Withe, Clutterbuck and Young with 30% each, with Withe’s and Clutterbuck’s partners owning a further 5% each.

Apposing’s equity also remained 100% controlled by Brown throughout this period.

Brown said that the decision had been taken because "integrating two agencies as part of a merger is never easy." He added: "Following careful consideration we have decided to go our separate ways moving forwards."

Last autumn, a number of redundancies were made at Webtise and the headcount is currently around 50 staff. Co-founder Clutterbuck also left the company last October to set up a new trading company called the Buck Group.

Brown is currently looking for new offices back in Liverpool and it is understood that several members of the Apposing team plus former Apposing clients including Sony Playstation and Skipton Building Society will be remaining with Apposing.

"Apposing has a great client base and a strong pipeline of work so we're looking forward to a healthy 2017 as an independent business," Brown added. "We've retained key staff members and are actively hiring for a number of roles based in a new Liverpool office."

Justin Young, Webtise's CEO, confirmed: "After a strategic review of our business we have decided to bring an end to our working relationship with Apposing Ltd. Both businesses have decided to pursue different strategies in the future.

"On the back of continued growth in our marketing services division we intend on putting more focus in this area going forward. We wish Apposing all the best for the future."

Pictured above: Daniel Clutterbuck (left) with Graham Withe, Justin Young and Dave Brown at the time of last year's deal 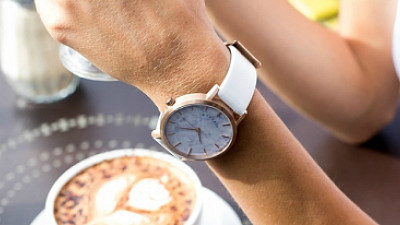