Craig Chalmers, the CEO of Stickyeyes says the acquisition by IPG Mediabrands is “incredibly exciting.”

A £20m fee has been reported, but Chalmers told Prolific North that this was “completely made up”. He wouldn’t be drawn on the sum, but said it was a “significant investment for IPG.” Placed in context, IPG manages $37bn in marketing investment for its parent company, Interpublic Group and Stickyeyes’ turnover for last year was £10.7m.

Stickyeyes is one of the region’s most established independent digital brands, having been founded by Chalmers almost two decades ago. Did Chalmers fear losing that independence?

“For me, this doesn’t feel like losing independence, in fact it’s more the reverse. We will be a significant chunk of IPG’s digital offering in the UK, so we’re not going to be ‘swallowed up’ by them, instead I think we’ll be able to bring that independent agency thought process to their culture.

“To compete with the big agencies, an independent is never going to have 160 offices around the world and that was a key challenge for us,” he continued.

“We get briefs from some of the best Blue Chip companies, but if you can’t tick the box of having an office in all the major territories, they’re not going to give you their global business, however much they want to use you.”

Chalmers said that by bringing the two operations together, it meant that Stickyeyes had the backing to compete with the major players, while IPG Mediabrands could accelerate its growth into digital and content.

“It’s why it’s such a nice fit for both businesses,” he added, while reiterating that the move wouldn’t bring any redundancies, “quite the opposite” he explained, saying that it would create “opportunities and an acceleration of growth.”

With a series of acquisitions in the digital sector recently, it does suggest growing confidence, not just within digital, but also the North.

“I think the North has always had a very, very good reputation,” countered Chalmers.

“If you go back to the beginnings, digital was always based outside of London, so there was none of the agency snobbishness or the challenges that more traditional agencies have had of selling the region.

“Leeds stands out, as does Manchester and Scotland, so there has always been confidence in the regional digital agencies and the talent here - and the networks know that.” 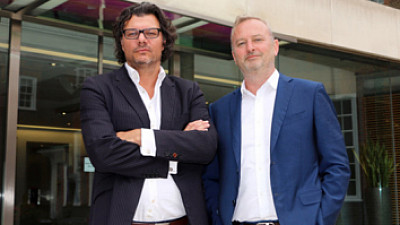