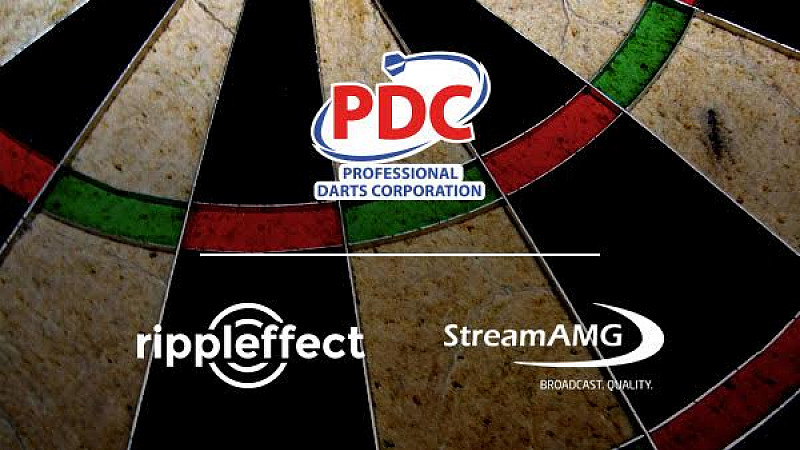 Liverpool digital agency Rippleffect and video streaming specialist StreamAMG have been appointed to create a new website for the Professional Darts Corporation (PDC) as part of a five-year contract.

The PDC stages the biggest tournaments in darts, including the William Hill World Darts Championship, with stars such as world number one Michael van Gerwen and the legendary Phil Taylor.

The partnering companies, which have collaborated on a number of other sport projects, will merge PDC’s main website, www.pdc.tv, and video channel, www.LIVEPDC.TV, to create a "premium online darts experience". The new site is expected to launch later this year

The Drupal site is currently in development and is expected to launch ahead the inaugural Champions League of Darts later this year.

The new approach to digital will focus on growing subscriptions and attendances in the UK and overseas as well as activating sponsorship opportunities that support the organisation’s long-term ambitions. In addition to the new site, Rippleffect will help PDC’s team communicate with fans and subscribers through targeted email communications.

Matt Porter, chief executive of the Professional Darts Corporation, said: “This is an exciting time for both the PDC and the sport of darts, so we’re thrilled to bring on board two companies that can help us fulfil our long-term ambitions.

"Rippleffect is one of the most experienced digital agencies in sport, whilst StreamAMG is a leader in online video solutions. Both partners boast an excellent track record for creating innovative digital projects that engage audiences and open up new commercial opportunities.”

Ben Hatton, managing director at Rippleffect, said: “Darts is one of the fastest growing sports in the world, with audiences increasing year-on-year, and the PDC is at the forefront of that progression. It hosts the sport’s most popular events featuring the world’s best players and we’re excited to play our part in shaping its digital future.”