Life on the Latitude rollercoaster: Richard Gregory speaks to alumni about a "remarkable" agency 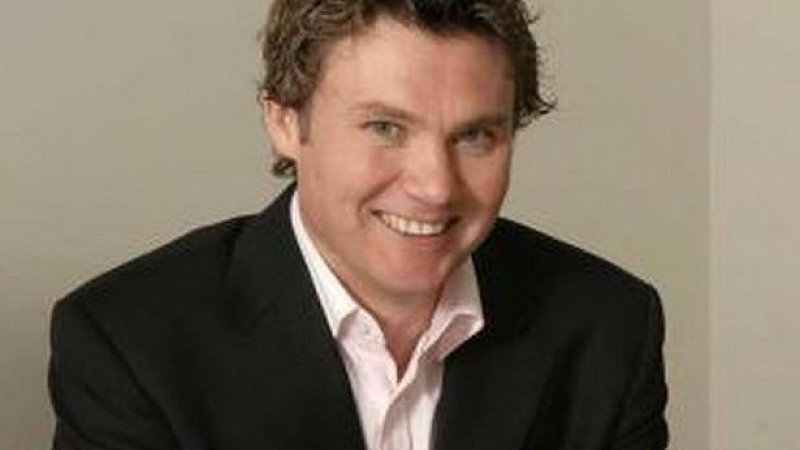 Last year Richard Gregory said goodbye to Latitude Digital Marketing after over 12 years, the latter three at the helm of the company having replaced Alex Hoye in 2012.

From its early years founded as Corporem Global by Dylan Thwaites, to the peak of the search agency bubble in 2008, through two sales (managed by two CFOs, Julie Redfern and Steve Herring), and several challenging dips, life at Latitude was a rollercoaster for those who worked there.

Based in Warrington, Latitude was established in 2001 and enjoyed enormous growth in the years leading up to 2008 when sales peaked at £59m. In December 2007, the private equity firm Vitruvian Partners took a majority stake but the business went into a tail spin following the investment and the business collapsed in January 2010 with sales dropping to £17m, losses of £3.3m and a write down in excess of £10m of goodwill in the company's valuation.

Gregory was himself a casualty financially and was the only former management shareholder to remain with the company, which was only saved thanks to a pre-pack administration. It was subsequently bought by data company Callcredit Information Group.

Following further restructuring last year, life at Latitude these days appears to have stabilised with turnover growing back to £30m in 2013 delivering ptp of c£300,000 and staff numbers back up to over 120, most of whom are still mainly based in the Warrington HQ with others spread across the three other offices in London, Dubai and Kaunas.

But what was it that made Latitude one of the fastest-growing search agencies in Europe and the biggest in the North... for a time.

As he begins a new chapter in his working life, Gregory reflects...

It’s the success of the alumni that sparks the most interest in people when I meet them. “Very rarely does a conversation pass without the question 'Didn’t he/she work at Latitude?'

Chances are, if you work in digital, you’ll be directly or indirectly connected to an ex-Latitude employee on LinkedIn or, particularly if you work at a larger agency, someone who worked at Latitude. It’s also likely the Latitude alumnus/alumna will be running their own company, or will be in a senior position. I don’t suggest the success of these companies is down to anything other than the individuals involved, but I contacted a couple for their thoughts on why Latitude proved to be such a remarkable place for developing the finest digital talent.

Rob Jackson joined Latitude as a PPC exec and quickly rose up through the ranks to run the analytics team. He left after four years to become the UK managing director of the leading analytics consultancy, Elisa DBi.

“There was a real appetite for success when I joined,” said Rob, “and the sense of pride in the work we were doing was infectious. I started in PPC there but was steadily exposed to software development, international operations and eventually I was offered my own business unit to run. Without this foundation I wouldn’t have had the chance to achieve what I have with DBi.”

James Clayton worked at Latitude for nearly five years before he set up Inside Online. "Being part of Latitude in the early days, in such a fast-paced environment, meant that my personal progression, and in particular my leadership skills, moved along at the same speed. My own career, along with many others, was given the foundations it needed to move forward and this has hugely benefited the growth of Inside Online.”

It’s clear timing had a role to play

The infamous Jon Myers was part of Latitude for eight years before moving to senior roles at Carat, Yahoo, and then Marin. “It was an exciting time at the beginning of paid search,” notes Jon. “We were at the forefront, of it all, working hard to win large prestigious brands and we grew the company rapidly to become one of the biggest search agencies in Europe at the time. This, and the passion to succeed we instilled in all our staff, drove many junior members of the team to subsequently run their own successful marketing businesses or work for large organisations all over the work from San Fran to Sydney.”

Henry Shelley was one of those employees who left Latitude to pursue a digital career Down Under and he is now managing director for Amnet Australia and New Zealand.

“The focus on acquiring and developing the best talent within a culture of ambitious, like-minded individuals meant Latitude was an extremely social environment and packed with high performing talent. These two things made it far easier to achieve success. Although it was my first proper job, the highs and lows of working there taught me important leadership lessons that I still hold dear today."

Why are there so many successful alumni? According to Rob Weatherhead, now group operations director at Amplifi Manchester: “Latitude was a breeding ground for hard working, commercially minded digital marketers and the company’s ethos was anchored on grand ambition and expansion. And all centred around a work ethic and a focus on results which ran throughout the business.”

Was the agency a great place for developing search experts, or poor at staff retention? Probably a bit of both, but Rob believes: “It’s only when you leave such an environment and reflect, that you realise what made it special and what it had provided. I found from an early age I had attained a higher level of professionalism and commercial understanding than those in other digital agencies around me, as well as an additional entrepreneurial streak and a desire to achieve more.” Dave Freeman, now head of SEO at Havas Media, spent three years in Latitude’s London office and he believes it was Latitude’s combination of “a thorough recruitment process and a pool of acknowledged industry leaders [which] helped to attract more top talent which in turn helped develop new exciting talent from within.

"Latitude was primed to breed the next generation of industry experts. Combine this with an entrepreneurial approach and an innovative performance model and it’s no surprise that Latitude spawned so many industry experts.”

Paul O’Connor was at Latitude for over four years before he left to lead the PPC team at Brilliant Media and then Mediacom following its acquisition. He is now senior digital strategist at Amaze. “I joined the business as an eager graduate and was astonished at the learning curve I had to go through during those first 12 months. The Latitude ‘Beer Test’ was infamous as a great filter for applicants...”

And Dylan? These days he divides his time between running Leeds Fans Utd and providing consultancy services to other entrepreneurs.

It was a pleasure for me to be part of such a dynamic business, and it’s also great to join the community of alumni. I hope the next stage in my own career measures up to the rest.

Richard Gregory can be contacted via his personal blog here