This week it’s Leo Campbell, chairman of Modern-English Digital. Writing from his southern base, Campbell claims the nature of the North v London divide is changing "beyond recognition".

As the former principal of a London marketing agency, my original experience of the digital creative talent in the North dates back to 1997. Originally, our decision to look to Manchester was motivated by the fact that we could simply get websites built for a quarter of the London going rate.

However, as the work progressed, it became apparent that the results were every bit as good as we were getting in London, with the added bonus that my new Northern friends weren’t quite so prone to routine creative tantrums.

Even so, any suggestion in the boardroom to set up a Northern office would have been dismissed, perhaps even met with incredulity – so Beijing it was.

Now, not so. Nearly 20 years on, that North vs London divide has blurred beyond recognition.

Even without HS2, an ever increasing number of clients and agencies from the South and beyond (at Modern-English Digital we’ve just won a sizeable client in China) are appreciating the distinctive qualities and skills that the North has to offer; ones that become harder and harder to find in London.

The difference between North and South certainly isn’t price; quality, innovation and creativity are marking out the current generation of Northern agencies. The intellectual and creative capital the North employs is acting like a magnet to London firms who are desperate for access to the talent pool.

These aren’t staff-poaching missions. London firms realise that quality of life is a major draw and it’s easier, cheaper and more sustainable to locate in Manchester than it is to attract its talent to London - with all its overcrowding, over-commuting and over-pricing of just about any and everything. It’s precisely the same thing that happened in the 90s with the Madchester music scene, when every major label felt they had to have a Manchester office.

The timely arrival in Salford of the BBC, in my view the world’s leading media business, alongside the London agency scene sleepwalking into becoming a group of staging posts for global banality (with, naturally, a few notable exceptions), are further reasons why I believe the North is teetering on the brink of branding itself as a global centre for technical delivery and creative and digital innovation. 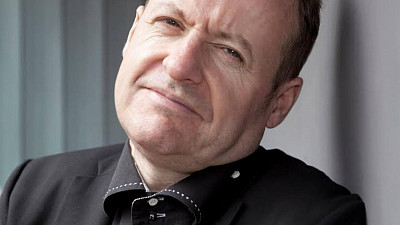