The virtual Disruptive Innovation Festival (DIF), curated by the Ellen MacArthur Foundation, runs through to 14th November and means audiences from all over the world have the opportunity to hear from influential thinkers, take part in design challenges, learn about business innovation and engage with like-minded people.

Northumbria University is one of sixteen educational establishments taking part in the event, which also includes prestigious institutions such as Stanford University, UCL and the University of Edinburgh.

Northumbria University’s director of innovation design programmes, Mark Bailey said: “The topics that Northumbria University will be exploring as part of DIF are broad: ranging from how designers can influence economic thinking; through to how 3D laser scanning can be used to challenge traditional approaches to building conservation.

“The scale of DIF and the aims of the festival, in terms of bringing together such a diverse range of thinkers, are unpredecented. It is an incredibly exciting thing for the University to be part of and we hope that it will further cement Northumbria’s reputation as a progressive and forward-thinking institution.”

One of the topics central to DIF will be innovation through design. Northumbria University, in conjunction with Design Network North, will be hosting Design Means Business; a national conference designed to communicate and advance the value and benefits of design to business and the wider community.

The Design Means Business conference, which will be held at the Northern Design Centre in Gateshead on 13th November, will be streamed via a live video link on the DIF website.

The conference will bring together senior designers from major industrial companies, top design agencies and leading practitioners to share their experiences of design and how it has impacted their bottom line. Speakers will include Northumbria University alumnus Mark Delaney, who is now Head of Design Strategy & Foresight for Microsoft Phones; Richard Stevens, Creative Director of British Airways; and Paul Howells, Vice President of Packaging at Unilever.

Throughout the four-week long event, Northumbria University will produce a wide variety of online content – including videos, webinars, and live streaming - which will be available to view via the DIF website here.

END_OF_DOCUMENT_TOKEN_TO_BE_REPLACED 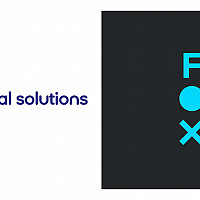