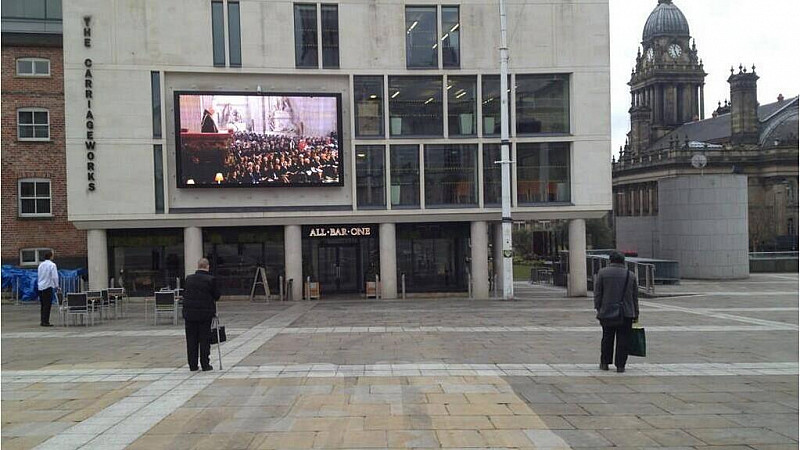 In a piece of research that’s guaranteed to have marketeers and news organisation alike analysing its every finding, the University of Sheffield is carrying out what’s believed to be the world’s first academic look the power of social media images.

‘Picturing the Social’, led by Dr Farida Vis, based in the university’s Information School, is the first project to explore the impact social images have on society and the shaping of opinion.

And those memorable pictures shared on Twitter at the time of the death and funeral of former Prime Minister Baroness Thatcher will be among those explored by the study.

Dr Vis said: “This project will deepen our understanding of the role of images in digital society, which is arguably as profound today as it was in the largely pre-literate mediaeval world when the image was didactic.

"Most current sentiment analysis tools are not really fit for the purpose of interpreting the power of images because they are algorithms that mine text, not images. They are good at interpreting words, but they are less useful at understanding sarcasm, sadness, emojis and, crucially, images. What our study will investigate is the resurgent role that images play in communicating ideas, news and opinion and shaping our perceptions of events. A tweet consists of 140 characters; a picture, as the cliché goes, paints a thousand words.”

Since Twitter launched, the majority of social media platforms that launched in its wake are image-based, placing them beyond reach of sentiment analysis tools. The study’s examination of reactions to the death of Baroness Thatcher will provide an insight into the way that images shape our understanding of significant events.

The study will also examine the way that images go viral, exploring the characteristics of viral content and the paths of distribution.

For the project, academics have already collected nearly 150,000 tweets containing images directly shared on Twitter and have downloaded 17,000 different images.

The most shared image in the data gathered thus far is the picture above of a public screen in Leeds with two people watching the funeral live in an otherwise largely empty square. Other widely circulated images include old news material, spoof images, references to popular culture, cartoons and screenshots of discussions.

The study will also examine images distributed by younger people, some of whom were born after Baroness Thatcher left power.

Dr Vis said: “Images tend to be trickier to study than words. With the rise in techniques that focus on large volumes of text, specifically with the growing interest in so-called ‘Big Data’, images tend to get forgotten. They are not easy to ‘mine’ for content and even harder to interpret.”

The research, funded by the Economic and Social Research Council (ESRC) will involve an interdisciplinary team from four universities as well as industry with expertise in: Media and Communication Studies (University of Sheffield), Visual Culture (Manchester School of Art), Software Studies and Sociology (Warwick University), Computer and Information Science (Pulsar and University of Wolverhampton).

A key aim of the project is to use the insight from both academia and industry to build a free research tool for the academic community – work which will be led by Professor Mike Thelwall, Head of the Statistical Cybermetrics Research Group at the University of Wolverhampton.

The tool will allow researchers to capture this visual data to highlight and study different aspects. This will include the popularity of different kinds of images, who shares these, how quickly they spread, how they’re tagged, may include location data as well as look more closely at how images are discussed and appropriated.

A new Visual Social Media Lab will officially launch in September, which will work with a number of different stakeholders, including the Food Standards Agency (FSA).