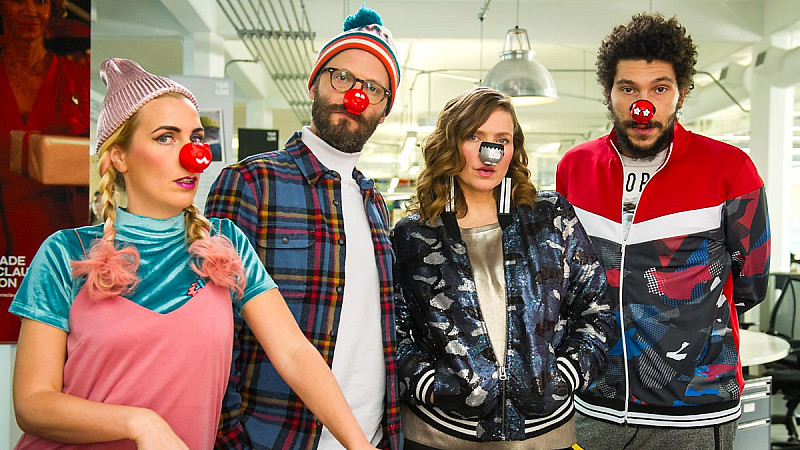 The BBC’s in-house creative team has joined up with W1A creator John Morton to produce a four-minute special for Red Nose Day.

The script, written by Morton, sees BBC Head of Values, Ian Fletcher (played by Hugh Bonneville) gathering his team together to come up with some of the most innovative fundraising ideas for the Corporation in the run-up to Red Nose Day.

BBC Creative's Andy Parkman said: "When the brief to make Red Nose Day funny again landed on my desk, the thought of using the beautifully absurd W1A premise was too good to miss."

Nick Rogers, from BBC Marketing, added: “Initial ideation around some ground-breaking fund-raising ideas, immediately delivered from our blue sky thinking session, has started to yield new and inventive ways to raise money. In particular I’m looking forward to taking part in a #secretselfie and the cake-a-bake in the run up to the night.”

Comic Relief is this Friday, 24th March, at 7pm on BBC One. The new series of W1A starts later this year on BBC Two.