The much loved “voice of the Boro” commentated on Middlesbrough football matches, as well as hosting the station’s breakfast show.

The hour long show will celebrate his 33 years of broadcasting, featuring a host of friends and colleagues, including comedian, Bob Mortimer, BBC Breakfast’s Steph McGovern and a host of Middlesbrough FC legends.

It will be presented by BBC Tees Sport’s Paul Addison.

Ali Brownlee died on February 14th, just 3 months after being diagnosed with cancer. On Tuesday evening, the crowd at Riverside Stadium held a minute’s applause to remember him.

“I would sit in awe sometimes just watching him work and smile at his unwavering optimism and fierce loyalty for his beloved Boro, his enthusiasm was infectious, how couldn’t it be! He called me ‘Hero’ but the truth was HE was my ‘Hero’ and always will be….,” said current Hartlepool United manager, Craig Hignett.

Other contributors include Peter Barron, the editor of the Northern Echo, the Deputy Chief Constable of Cleveland Police Ian Spittal and Middlesbrough MP Andy McDonald MP.

The programme will be broadcast live on BBC Tees this evening (Thursday February 25th, 6-7pm). After transmission, it will be available to listen again at bbc.co.uk/tees. 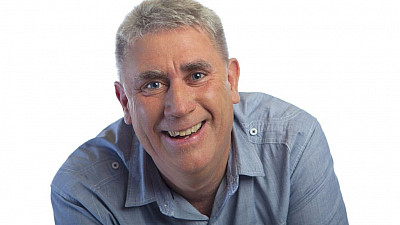