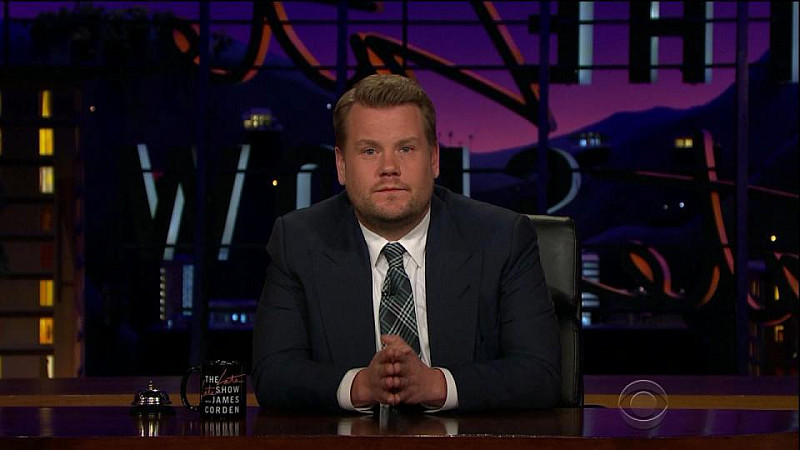 Late Late Show presenter James Corden has delivered an emotional tribute to the people of Manchester in the wake of last night's terrorist atrocity at the Manchester Arena.

The English TV star, from London, was filming when news came through that an explosion had taken place following an Ariana Grande concert.

He then filmed an impromptu monologue and tribute to the people of Manchester.

He said: “While taping our show earlier tonight, we heard the horrific news coming out of Manchester in England, that there had been an incident at Ariana Grande’s concert.

“We still have no real information about what’s happening. All we know is the tragic news that there are multiple fatalities and many injuries.

“It shocks me every time we hear this sort of news. Attacks like this can happen... but especially when there will be so many children at this concert tonight.

“Many of you won’t have been to Manchester, but you will definitely have heard of it.

“It’s famous all over the world for so many wonderful things - great football teams, Man City, Man United.

“It was the birthplace of the leader of the Suffragettes. It’s the home of the inventor of the first computer.

“It’s a place full of comedy, curries and character.

“But when I think of Manchester, the place that I know, I think of the spirit of the people there - and I’m telling you, a more tight-knit group of people you will be hard pressed to find.

“Strong, proud, caring people, with community at its core.

“If it was even possible, the spirit of the people of Manchester will grow even stronger this evening.

“My thoughts and prayers are with everyone in Manchester tonight - all of the staff at the [Manchester Arena], all of the security teams, all of the emergency services, Ariana and her team, and all of those families affected by tonight.

“We’ll all go to bed holding our little ones even tighter this evening.” 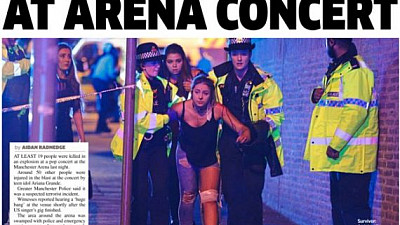 "Massacre": How newspapers are covering the Manchester Arena terror attack