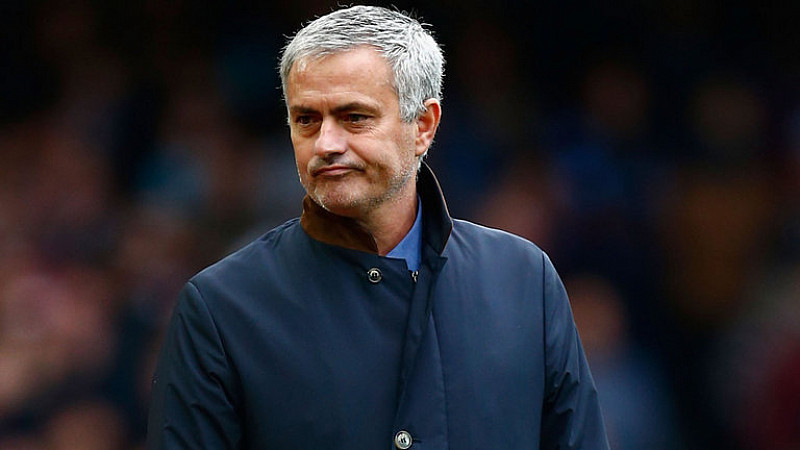 With only four journalists present in the room and without even sitting down, media manager Karen Shotbolt said: “Ok guys, questions please. Any questions?”

The rest of the reporters were still in the Old Trafford press box, watching the players do a lap of honour, as is customary at the end of the season.

United had just beaten Crystal Palace 2-0. With no questions forthcoming - understandably, because the journalists were looking round for their colleagues - Mourinho said “good, bye guys” and walked off with Shotbolt.

The whole thing looked orchestrated, despite Shotbolt saying “we tried”.

Mourinho had only given a very short interview to in-house TV station MUTV and failed to do any interview at all for Match of the Day.

And in his programme notes for the game, Mourinho hit out at pundit Graeme Souness, who had criticised him on Sky in midweek.

“A pundit is not honest if they cannot forget their colours or if they try to hide the truth from their audience,” he wrote.

"It's not my fault if their managerial career was very poor.”

United take on Ajax in the Europa League final on Wednesday night.