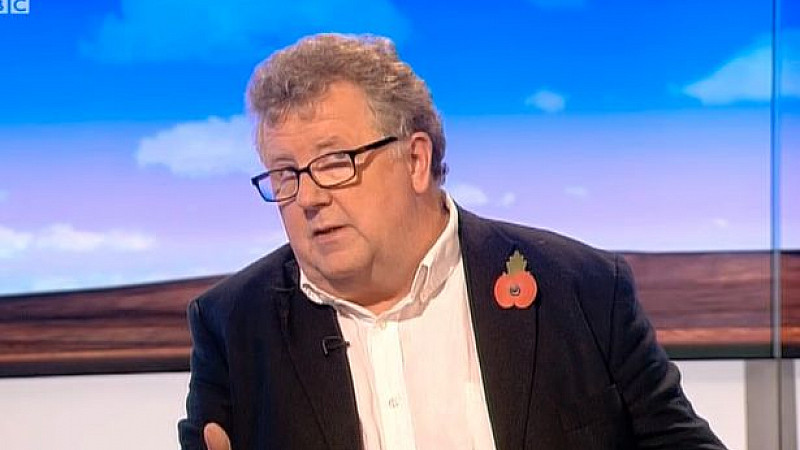 Broadcaster Steve Hewlett, who died yesterday at the age of 58, had a number of Northern connections.

Hewlett, who was well known particularly in media circles as host of The Media Show, died with his family by his side at the Royal Marsden Hospital in west London.

He had movingly documented his treatment for cancer of the oesophagus for Radio 4's PM programme.

BBC director general Tony Hall described him as an "exceptional journalist" and a "trusted voice that embodied everything positive in public service journalism".

A Manchester University graduate, his career began in the early 80s at the BBC, working as a researcher for Nationwide and Watchdog. After a brief spell at Channel 4 returned to the Beeb and by 1995 was editor of Panorama, overseeing Princess Diana's memorable interview with Martin Bashir.

My friend, my colleague and a great broadcaster Steve Hewlett has died.

I visited him in hospital... https://t.co/Toh7ICfvC6

Another spell at Channel 4 followed before he joined ITV franchise holder Carlton Television as managing director of productions, but was made redundant in 2004 after Carlton merged with Granada Television.

At that point he embarked on a portfolio career, writing as a media columnist for The Observer and The Guardian, and that led to Radio 4 asking him to create The Media Show in 2008.

So sad to learn Steve Hewlett's terrible cancer has taken him for us at only 58. He was a lovely man and brilliant journalist, esp on media

He also became chair of Sheffield Doc/Fest in 2004 and played an instrumental part in it becoming one of the world's most renowned documentary events.

He stepped down in 2011 but continued to sit on its board of governors. He was also a board member of Screen Yorkshire and for a couple of years chairman of Manchester-based local TV operation Channel M.

He was awarded an honorary degree from the University of Salford in 2000, and in 2007 the same institution appointed him visiting professor in journalism and broadcasting.

We ended our programme tonight with a playout dedicated to Steve Hewlett. #Newsnight pic.twitter.com/kvLd3WzsE8