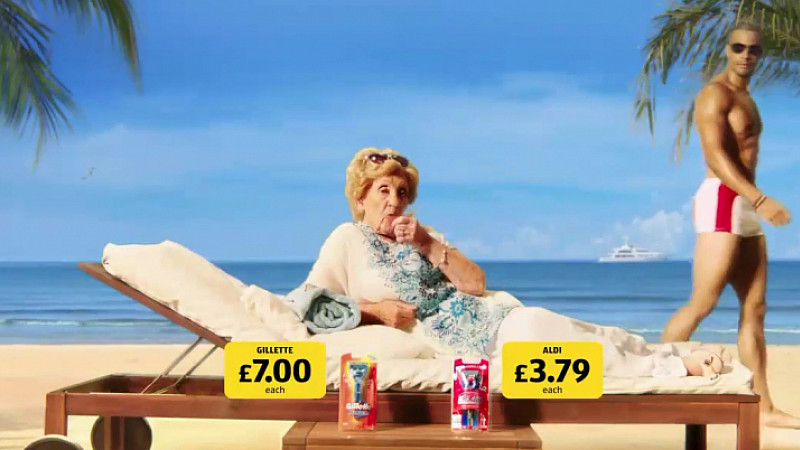 With Jean having learnt to speak Portuguese and acquired a taste for Pina Colada in McCann's recent Rio Olympic Games ad for the supermarket, the newly released spot has her highlighting the difference in price between her husband's choice of razor and the one offered by Aldi.

"I like a Brazilian," just as a bronzed Adonis saunters past.

The campaign celebrates Aldi’s status as official Supermarket Partner of Team GB and is running under the banner of “We’ve Gone Totally Rio”.

The campaign is being supported with out Of home and a major social media push which will see Jean Jones sending postcards from Rio as she makes her way around the Games using the hashtags #RioDeJeaneiro and #TotallyRio.