Commercial radio ahead of BBC in latest Rajars

More people tuned into commercial radio than the combined BBC radio service according to the latest figures from Rajar.

Across the Prolific North region, there is a mixed picture. BBC Newcastle had a strong quarter, becoming the BBC’s largest local radio station outside of London, with a 300k reach.

BBC Radio Manchester appears to have turned a corner, after falling to 176k listeners in Q1. It’s now up to 220k, nearing the 229k listeners it achieved in Q1 2015.

Remaining at MediaCityUK, BBC Radio 5 Live has had a good quarter, gaining an extra 500k listeners on the year, helped by a hugely busy time for news and sport during the period:

“It’s been a particularly busy period with the referendum campaign, and the fall-out from the result. On the day before the referendum, we were contacted by 4000 listeners. During the campaign, we broadcast live from every corner of the country including Flintshire, Middlesbrough, Wigan and Dover.

“Despite England’s early exit, the European football championship also proved popular with our listeners. We can now look forward to the summer of sport continuing with the Olympics, Paralympics and the new football season.”

In the commercial sector, there were further falls for Key 103. Down from 356k in the previous quarter to 342k this time round. Prolific North asked Bauer for a statement regarding its performance, but was told they had “no further comment,” preferring instead to concentrate on the overall City Network, which increased its audience to 7m.

Over at Wireless, its Pulse 1 and Pule 2 networks - across West Yorkshire - have seen combined increases in listener reach of 14% year on year.

“As a group of local stations, our team works incredibly hard to remain at the heart of their communities in an increasingly competitive media market. These buoyant numbers show that there’s an appetite with both advertisers and consumers alike for good quality and truly local radio,” stated Terry Underhill, group programme director for Wireless Group’s local stations.

Nationally, talkSPORT increased its weekly reach to 3.3m listeners, which is its second highest result to date, while sister station, talkSPORT 2 has achieved 285k listeners.

“In what has been an exceptionally busy period for us with the launch of three new national radio stations and a summer of football including the European Championships, we are delighted to have delivered audience growth for talkSPORT and to see our efforts rewarded following the launch of talkSPORT 2, talkRADIO and Virgin Radio,” said Scott Taunton, chief operating officer for Wireless Group plc. 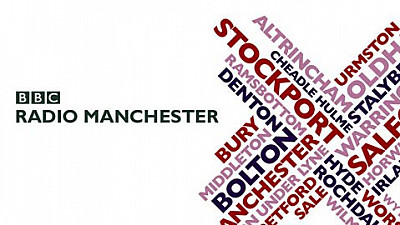