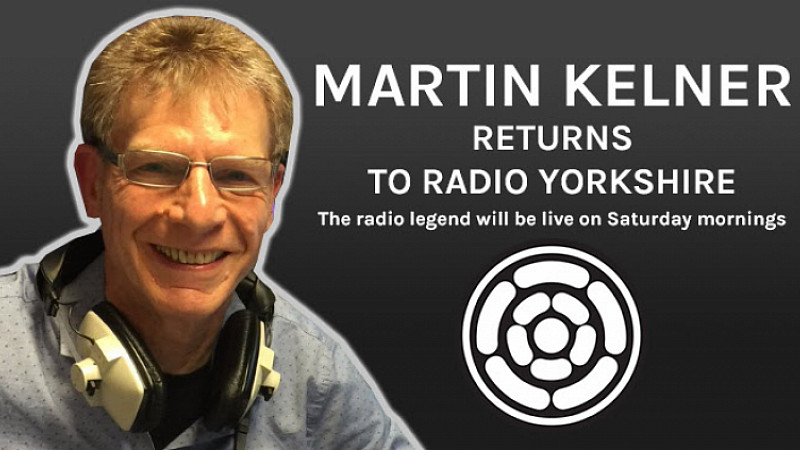 Kelner, who was sacked by BBC Radio Leeds in March, returned to the airwaves on the station in April with a show called The Martin Kelner Takeover. His new weekly show, Martin Kelner's Pre Match Tension, kicks off on Saturday 6th August in the 10am to 1:30pm slot and will see Kelner joined by weekly studio guests and big names on the phone.

He said: "I'm delighted to have been let loose on prime time. I'm looking forward to helping release the inevitable tension prior to an afternoon's football, with the tried and trusted mix of popular music, sport, and news updates from outlying areas of Yorkshire such as Kings Lynn and The Phillipines."

Ahead of his return, Radio Yorkshire – launched by former Leeds chairman Ken Bates in 2014 – will expands its DAB coverage area back into Leeds after an agreement with a local multiplex.

Director of broadcasting, Sam Brydges, added: “It's great to have Martin back. The takeover shows were excellent and very well received. We've just been waiting for the right moment to get Martin back on the station and it's even better he can join the lineup on a regular basis.

"It's also fantastic our DAB coverage is getting a wider reach, it's been a frustrating period but this is some very good news for listeners."