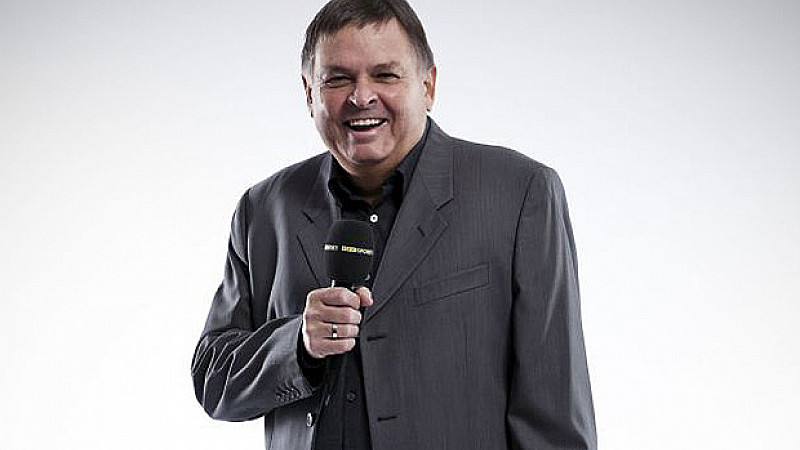 Football commentator Alan Green has told BBC Radio 5 live he will not cover the World Cup in Russia in two years' time - the first time time he will have missed a major tournament in over 30 years.

Green, currently covering his 16th major tournament at the Euros in France, said that "under no circumstances" would he travel to the tournament in 2018. The Northern Irishman was speaking on 5 live's Breakfast show about the trouble involving Russian and English fans during England's opening game on Saturday, and said he had already informed 5 live controller Jonathan Wall of his decision.

Speaking to Nicky Campbell, he said: "I sat down with the controller of 5 live a few months ago to discuss a new contract and I think he was taken aback when I said 'look, under no circumstances do I want to do the World Cup in Russia in two years' time'. Absolutely no question of me going there.

"I've been there enough - the first trip to Moscow was fantastic - Red Square, Lenin's Tomb, St Basil's Cathedral, I did the lot in four days. But I already experienced a climate that I did not wish to venture into again, unfortunately I was back twice in six months. Now that's over 20 years ago, and I've had experiences since."

He said his mind was finally made up by a trip to Moscow to cover Manchester United's Champions League final against Chelsea in 2008.

"The whole atmosphere around that game was horrendous," he added, "and I thought 'I do not wish to return here'.

"So as soon as I knew that FIFA had chosen Russia, I think mistakenly, as the venue for the World Cup, I didn't want to have anything to do with it remotely."

He said: “Alan informed me that he did not wish to contribute to the World Cup in Russia, and I respect his decision. I didn’t try to talk him out of it."