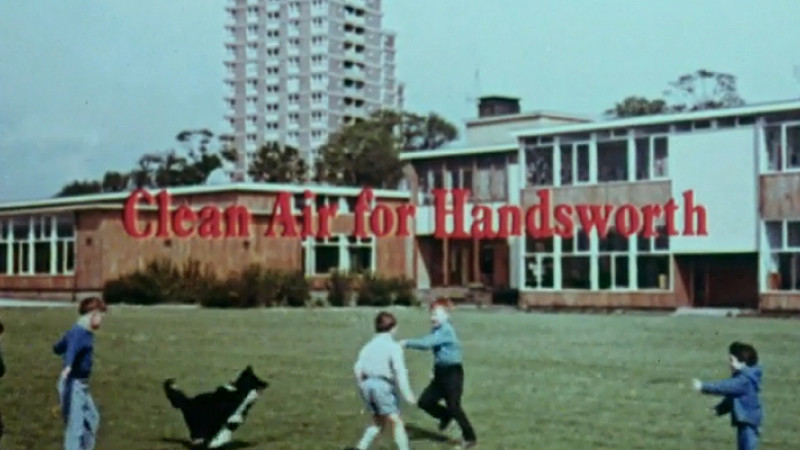 The British Film Institute has released a collection of more than 100 Public Information Films, dating back more than 70 years.

They tackle issues as wide ranging as how to kill flies; to improve typing technique; and how to talk effectively on the telephone. One set in Yorkshire shows how Sheffield has signed up for the “cleaner air.” The 1967 film was commissioned by the Coal Board.

The films were produced by a number of government departments and featured work by some of the country’s biggest names in cinema, such as Richard Massingham, Alberto Cavalcanti, John Grierson and Len Lye.

“We are delighted to be making available some of the great Public Information Films from the BFI National Archive on BFI Player. They reveal a fascinating range of insights into attitudes across the 20th century, but also highlight an extraordinary diversity of British filmmaking talent,” explained Robin Baker, head curator, BFI National Archive.

“Many of the films have become iconic. They are often vividly remembered by those who saw them as children and continue to inform ways in which we see the past. The BFI is the guardian of several major government collections including the films of the Central Office of Information and the wartime Ministry of Information which are a unique resource for British social and political history.”

Films were screened in cinemas and also in factories, schools and community halls.

While well meaning, some of the messages have certainly changed over the years, not least the Drink Drive Office Party Cartoon from 1964, which suggested that women were to blame when men drink and drive. Never Go With Strangers (1971) was deemed so distressing, that it could only be shown “under responsible adult supervision” and Peter and the Moon Man attempted to teach “working class families” about hygiene, although the location appears very middle class.