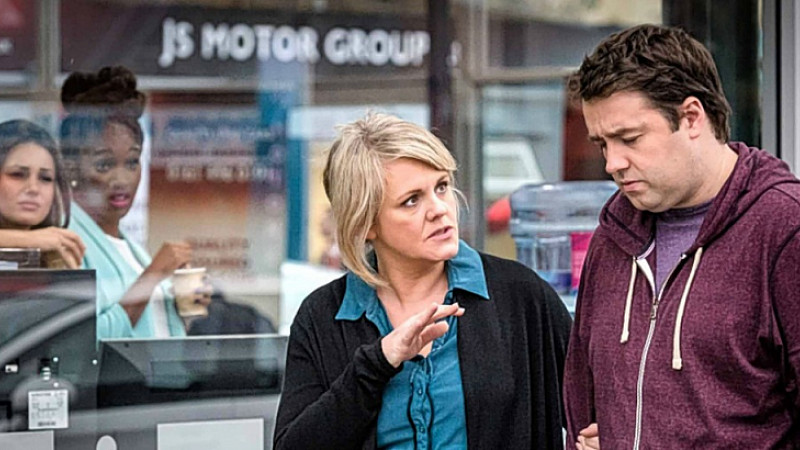 Griff Rhys Jones and Angela Griffin are among the cast for the return of Ordinary Lies, RED Production Company's BBC One drama.

Created by Danny Brocklehurst (The Driver, Accused), the second series will explore the "lives, loves and lies" of a workforce based at the call centre and warehouse of a sports sales company in Wales.

Rhys Jones and Griffin are joined for the six-part drama by the likes of Rebekah Staton (Raised By Wolves, Pulling), Matt Di Angelo (Hustle, EastEnders), Jill Halfpenny (In The Club) and former Hear’Say singer Noel Sullivan.

Writer and executive producer Brocklehurst said: “I have loved creating a new web of intrigue, secrecy and mayhem for a range of new characters, which will be brought to life by a truly fantastic and talented cast.

"The new series promises more humour, heartache and shock revelations as very ordinary people find themselves in the most desperate of situations.”

The first series, which was set in Warrington and starred Sally Lindsay, Mackenzie Crook and Jason Manford, achieved an average consolidated audience of over 6 million.

Executive producer Nicola Shindler, from Manchester-based RED, said: “The audience response to the first series of Ordinary Lies was truly overwhelming, so we’re delighted to be introducing a brand new set of characters and deceptions for viewers to sink their teeth into for series two.”