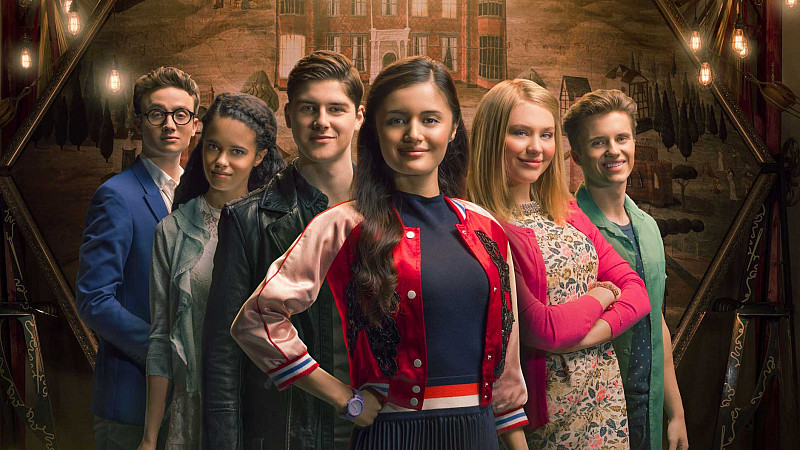 New Writing North has partnered with Channel 4, Lime Pictures and Northumbria University on a new recruitment drive for writers offering a "fresh perspective on life in 21st century Britain".

Three aspiring television writers from the North will be selected as part of the Northern Writers’ Awards to receive a bespoke 12-month package of training and development at Liverpool-based Lime and a £3,000 bursary.

Two new writers will be on attachment to Hollyoaks, while the third writer will be based in Lime's children’s drama department, where The Evermoor Chronicles (Disney, pictured above), House of Anubis (Nickelodeon) and Rocket’s Island (CBBC) were all produced.

The opportunities have been created as part of the Northern Writers’ Awards, the annual talent development programme run by New Writing North, which has supported 197 writers since 2000.

As part of Channel 4’s diversity charter, entries are "particularly encouraged" from writers who are currently under-represented in the industry, including black, LGBT and disabled writers.

The Channel 4/Northumbria University Writing for Television Awards were launched in 2014, with the first winners announced in June 2015. Winners Nuzhat Ali, from Bradford, and Sharma Walfall, from Manchester, are currently undertaking development periods with RED Production Company and Lime Pictures respectively.

Claire Malcolm, chief executive of New Writing North, said: “New Writing North and Channel 4 share a commitment to increasing the diversity of writers who are engaged with creating the stories that we see on television.

"This fantastic project allows us to place writers at the heart of TV, both in popular drama and this year in children’s fiction development, an important and fundamental part of TV drama. It’s both a fast-track process and an unrivalled opportunity to support new writers into the often difficult-to-enter world of writing for television.”

Lee Mason, Channel 4 commissioning editor, added: “We know there is a wealth of writing talent in the north of England and I hope writers will take up this fantastic opportunity to launch their careers.”

Writers based in the North of England have until Wednesday 3 February to enter the awards. Entrants should be new to television writing, but may be published in another form. Enter online here.