The BBC and ITV has confirmed the split of matches for next summer’s EURO 2016 championship in France.

The broadcasters will share the 11 group matches contested by England, Wales, Northern Ireland and the Republic of Ireland.

The BBC will broadcast the home nations clash between England and Wales on the afternoon of June 16th and ITV will show England’s first and final group games against Russia and Slovakia.

Wales’ first match at a major tournament since 1958 – against Slovakia – will be on the BBC, along with Northern Ireland’s opening match against Poland and crucial final group game against world champions Germany.

The opening match of the tournament between hosts France and Romania on June 10th will be on ITV.

Philip Bernie, BBC Head of TV Sport, said: “We are delighted to have the most talked about match of the draw in England v Wales, in such a special year for the home nations, as well as the opening matches for Wales and Northern Ireland on their return to major tournament football."

Niall Sloane, ITV Director of Sport, added: “Euro 16 promises to be a very special tournament, expanded to 24 teams for the first time, taking place so close to home and with the involvement of three home nations plus the Republic of Ireland. This is unprecedented and we look forward to bringing home to viewers the action and excitement on the ground in France." 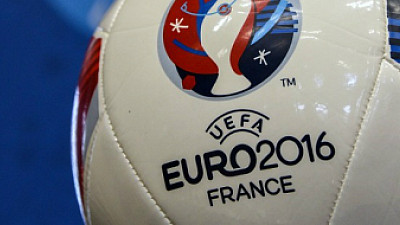