Ofcom allows Made TV to cut back on local programming

Made TV has successfully applied to Ofcom to reduce its requirements for local programming.

The broadcaster, which owns licences for Leeds and Tyne and Wear, as well as Cardiff and Bristol, will now be able to show less local programming at peak time, but more repeats. This, it argued, was to give it greater “flexibility”.

When it originally won the license, it said it would show 34 hours of original, local programming per week in Year One, rising to 44 hours in Year Two and 57 in Year 3. That has no reduced to 37 in each of the three years.

As far as repeats go, it said it would air 34 hours of local programming repeats in Year One, which would reduce to 27 and 20 in years two and three. The newly agreed figure is 21 hours in both years 2 and 3.

Local programming requirements have also been reduced from 21 to 15 hours. Current affairs has also reduced from the original 2 hours per week in years 2 and 3, to 1 hour.

Ofcom said in a statement:

"After careful deliberation, the BLC considered that the character of the service overall would be maintained following the requested variations, particularly in view of the fact that the amounts of first run local programming hours and first run local programming hours in peak-time would continue to be delivered at existing year 1 commitment levels. Taking these factors into account the BLC decided that the requested variations would not amount to a departure from the character of the service as originally proposed and to consent to the variation request.”

Made TV added in a separate statement that it was had already exceeded the licence requirements in year one and was “fully committed” to doing so going forward:

“The Made Television network has produced more content in year one than the licenses required and we’re pleased to see that the programming has proved so popular with a collective audience of nearly one million a week.

"The nightly news and entertainment programmes, as well as our coverage of key events such as the Bristol Balloon Fiesta, Newcastle Pride, Leeds Fest, Cardiff’s Harbour Festival and our series of live election debates have all received hugely positive reactions from the audience. Today’s licence change allows flexibility for Made in Bristol, Made in Cardiff, Made in Leeds and Made in Tyne and Wear to continue their commitment to their viewers and cities.

"Made Television is fully committed to again exceeding the number of hours of locally produced content required as we look forward to our second year of broadcast." 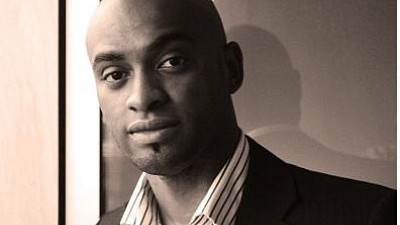