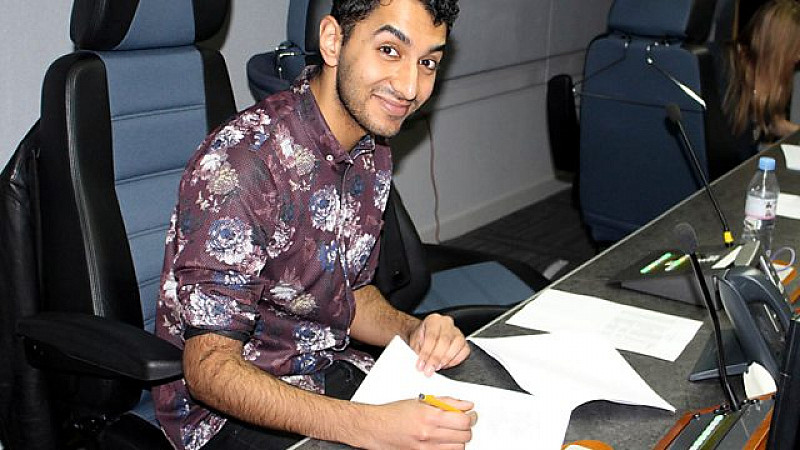 The BBC has launched a major search for new Northern writing talent.

The Alfred Bradley Bursary Award is aimed at first-time radio writers who live in the North of England and is run by the BBC’s Radio Drama North department based in Salford.

The winner will win the chance to write an afternoon drama for BBC Radio 4, a bursary of up to £5,000, a six-month mentorship with a radio drama producer and the opportunity to develop future commissions.

Furquan Akhtar, who won the award in 2013

Past winners include Lee Hall, best known for writing Billy Elliot, and Peter Straughan, who wrote the BBC Two adaptation of Wolf Hall.

Run every two years, the award was established in 1992 to mark the life of Alfred Bradley, who was a distinguished radio drama producer based at the BBC in Manchester. His daughter sits on the judging panel of the awards.

The last winner was Furquan Akhtar from Manchester who has gone on to forge a successful writing career.

He said: “The Alfred Bradley Bursary Award has opened so many doors for me in radio and beyond but most importantly gave me a huge vote of confidence as a new writer.”

The award is run in conjunction with the BBC Writersroom.

Its head, Sue Roberts, said: “We’re looking for fresh, original Northern voices who can tell compelling and imaginative stories, preferably about the North. We want people to apply who have never written for radio before. We just want to see evidence of a new and exciting writing talent.”