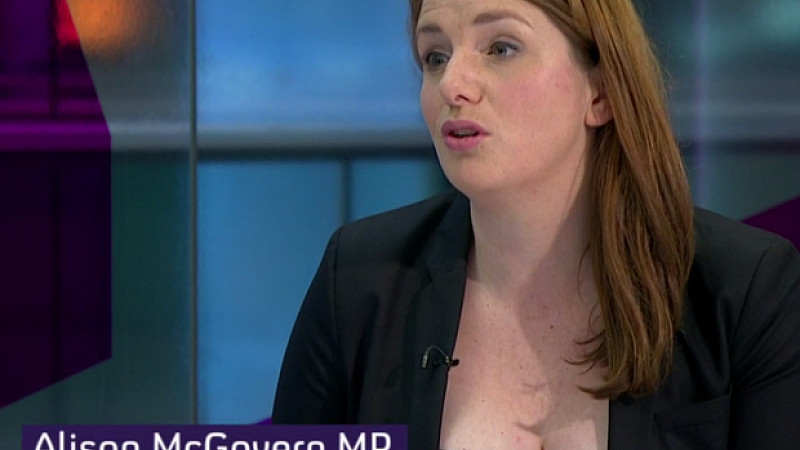 Wirral South MP Alison McGovern has revealed she received a letter from a party supporter accusing her of flaunting her "prominent cleavage" on Channel 4 News. The Shadow Cities Minister was sent the letter - which she has published on Twitter - after appearing in a debate about George Osborne’s budget surplus plan with the Conservative MP Kwasi Kwarteng.

The letter, signed JG Hunter, asked McGovern why she had "felt it necessary to demonstrate your cleavage so obviously... I can only imagine it was deliberate in order to attract attention to yourself as the Labour spokesperson".

It continued: "As a Labour member might I say that your prominent cleavage distracted your male observers from hearing what you were saying."

McGovern said she didn't know whether to "laugh" or "cry".

@alanbeattie @AllieRenison or trying to laugh rather than cry at the same old same old... pic.twitter.com/dIW80Hfx50

@Alison_McGovern Hmm-been there, done that, taken the crap-sure you'll treat that with the contempt it deserves and keep up the fab work. X