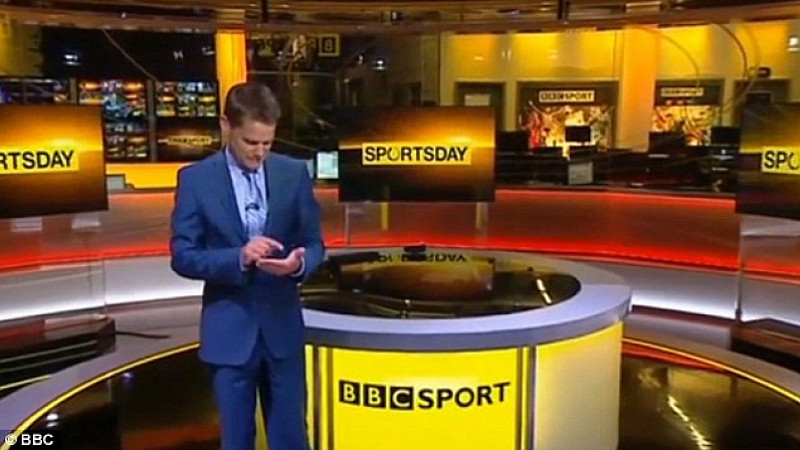 First it was Simon McCoy's ream of paper, and now BBC Sport presenter Chris Mitchell has found an even more unconvincing substitute for an iPad: his hand.

After wrapping up his sports segment on Sports Today on the BBC news channel - which is presented from MediaCityUK - Mitchell pretended to tap on an imaginary iPad.

But it was clearly apparent that Mitchell had no such electonic device to press buttons on - and was instead merely tapping away on his bare hand.

The bizarre moment has led to Mitchell becoming the butt of considerable ribbing on Twitter.

Yeah but for how long... what happens when people realise there IS a computer in my hand... https://t.co/jyChFmw7wg

It's unclear though whether it quite rivals McCoy's "papergate" for sheer strangeness...