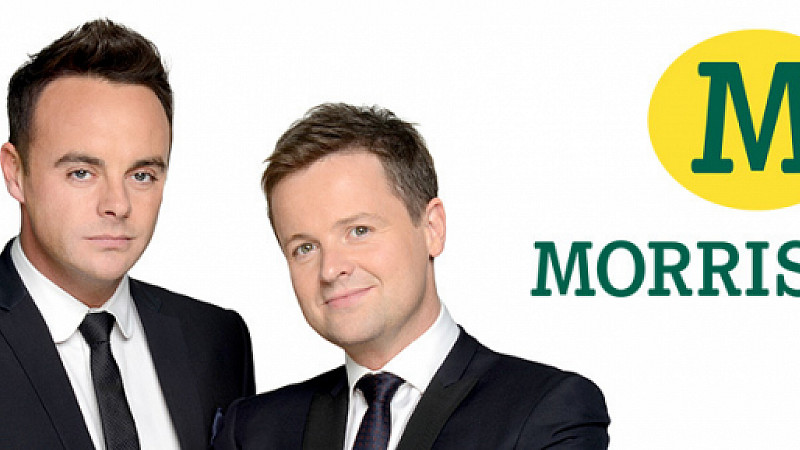 The Advertising Standards Authority (ASA) received the complaints from competitor Aldi as well as members of the public about the television ad with the celebrities as well as a four-page ad in a regional newspaper which featured price comparison claims.

The complaints centered on whether the comparisons were accurate and about the way the customer card scheme worked was described - including a minumum spend requirement.

The Bradford-headquartered supermarket answered all four areas of the complaints and provided details of 100 products as illustrative examples of how the price-match scheme worked in practice, with 50 of those items consisting of branded products and 50 of their own-brand products (with the comparable own-brand products at competitor supermarkets).

They also referred to three shops carried out by a retail industry magazine and said that in those cases when they carried out their own internal matching exercise (which they provided) they had achieved an average matching rate of 80% against the Aldi items included in those shops.

Ruling in favour of the supermarket on all but one of the issues raised, the ASA said today: “We told Wm Morrison Supermarkets plc not to repeat the ads until they had ensured that they provided consumers (and competitors) with a sufficient method to verify the references to the price-match scheme. We told them to ensure that the methodology which would enable consumers to ascertain readily the basis on which Morrisons made their comparisons in respect of each supermarket was clearly accessible via their website as referenced in the ads (for example, on the ‘Match & More’ home page) and contained sufficient information."

* In a separate judgement answering complaints from a consumer who was unable to buy a discounted pepsi offer at Leeds-based ASDA store, the ASA ruled in favour of the supermarket.

The complainant had gone to the watchdog after seeing a TV ad for ASDA offering a 30-can pack of Pepsi at a promotional price of £6.74 instead of £11 and claimed the supermarket failed to ensure enough supplies.

The ASA disagreed and said: “The ASA noted the complainant’s disappointment at visiting a number of stores to learn that no stock was available. Although the ad stated “subject to availability”, we considered nevertheless that ASDA still needed to make a reasonable estimate of likely demand.

“While we noted that their estimates had not always been accurate and acknowledged that the complainant had been disappointed, we considered the evidence provided by ASDA demonstrated they had made reasonable estimate of demand and they had ensured stocks were replenished and diverted, as and when necessary during the promotion. We therefore concluded the ad did not breach the Code.”