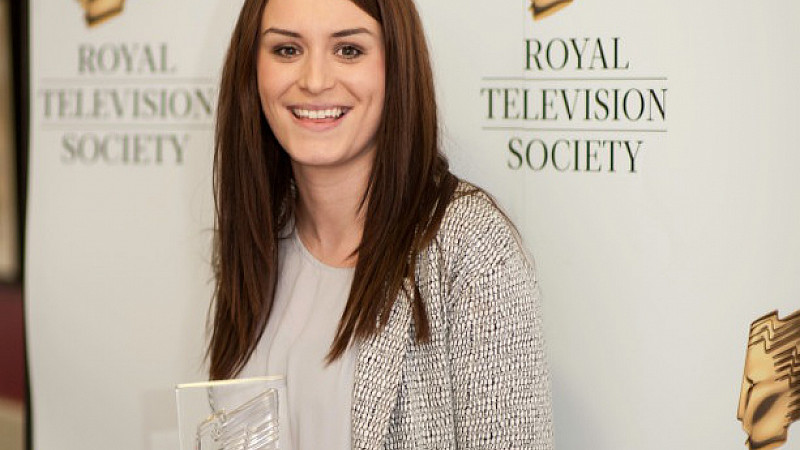 A University of Central Lancashire student's "wonderfully realised" comparison between life on the streets of Preston and Los Angeles was one of the winners at the RTS Student Television Awards. Lauren Clark with her RTS North West prize in February

The 23-year-old, who also won the North West prize in February, pitched the idea, wrote the script and directed the action, both in Preston and LA.

The judges' citation read: "A wonderfully realised, well-executed submission with a feel good visual identity all of its own. The judges were impressed with the seemingly effortless juxtapositioning of two worlds and the pacey synching of images and music.”

Other Northern winners on the night, which was held at BFI Southbank in London, included Despina Christodoulou and Robert Dalton from the University of Leeds, who triumphed in the Undergraduate Factual category with their short film Thick Skin.

For the first time ever, the nominated films will be transmitted on Sky Arts, with a highlights programme from the ceremony airing on June 19th.