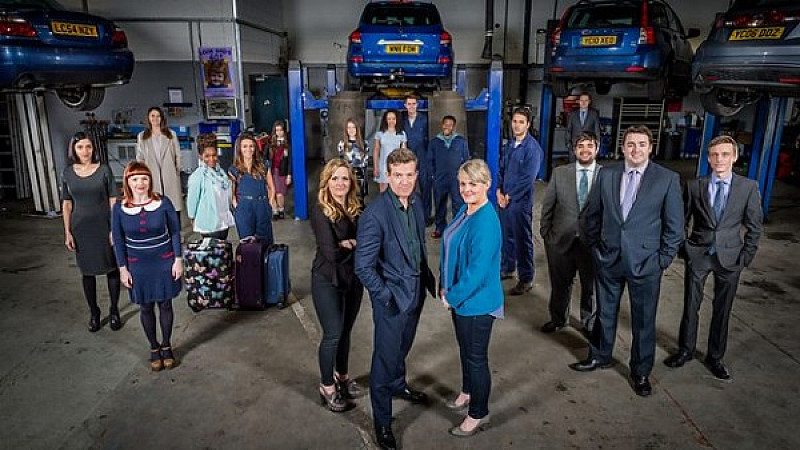 Ordinary Lies, written by Danny Brocklehurst (Shameless), is set in a car showroom in Warrington and tells the story of how "a simple lie can spiral out of control".

Each episode focuses on one of the colleagues and friends of JS Motors, including receptionist Tracy (Michelle Keegan), ambitious company boss Mike (Max Beesley) and enigmatic salesman Pete (Mackenzie Crook).

Next week's opening episode will star Jason Manford as salesman Marty McLean, who when confronted with the possibility of losing his job, tells the drastic lie that his wife, Katrina, has tragically died. His colleagues are filled with shock and sympathy for Marty, but as they rally round to help the apparently grieving widower, his lie quickly unravels. The cast of Ordinary Lies

Explaining how he came to get the role, Manford said: "I know him (writer Brocklehurst) as we’re both Manchester based and everyone in Manchester who works on the television knows each other, but I’d wanted to work with him for a while, so it was a real privilege to be able to work with him on a script like this."

The six-part series is produced by Tom Sherry (Scott & Bailey) and directed by John McKay (Life On Mars) and Juliet May (Call The Midwife). Executive producers are Nicola Shindler for RED Production Company and Polly Hill for the BBC. Ordinary Lies was commissioned for BBC One by Charlotte Moore and Ben Stephenson.

RED has enjoyed primetime success with the likes of Happy Valley, Cucumber/Banana and Last Tango in Halifax recently.