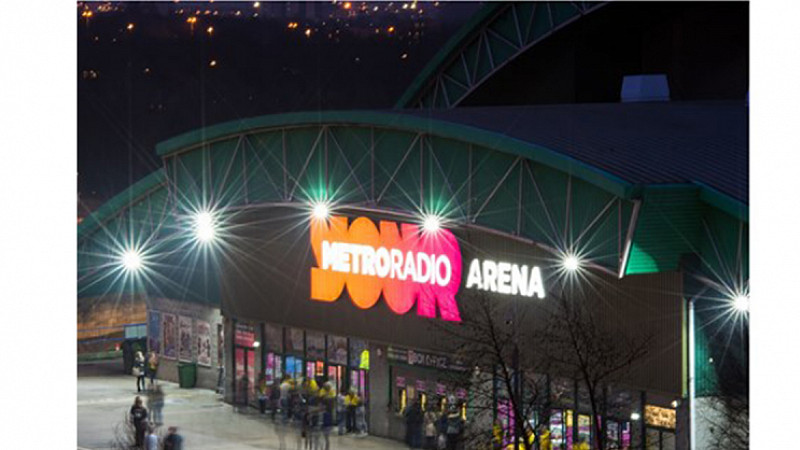 Metro Radio has renewed its sponsorship of the Arena in Newcastle for a further 2 years. It makes it the longest running naming rights partnership deal in the North East, spanning more than 10 years.

“The partnership between Metro Radio and the Arena remains the perfect combination as we continue to bring world class artists to the North East. As we move into our 20th year of bringing live entertainment to the region and beyond, 2015 is set to be a very exciting year for the Venue and its customers,” said Nichola McKenna, marketing and commercial manager for the Metro Radio Arena.

The announcement was made as the venue revealed Metro Radio’s new branding, which will be visible by rail and road.

“The broad mix of quality shows they bring to the region is a perfect match for our music variety position within the North East radio market. We have our new brand identity signage sitting proud above the door and an extended contract agreed, and with the venue going from strength to strength we are looking forward to an exciting new chapter in our partnership,” said Dominic Munnelly, marketing director at Metro Radio.