He will be asked about his policies on immigration, the EU and the NHS and explain what voting for UKIP would mean for the North West.

“He’s a populist and tonight we will want to know if there is real substance behind his party and policies or can we expect a manifesto which he will later dismiss as  ‘drivel’ which he did with the 2010 document when he spoke to LBC Radio in January 2014?” explained presenter, Rob McLoughlin.

Farage will be the third party leader to speak to the programme, after David Cameron and Ed Miliband.

“The polls are showing no clear outcome and this means that the campaign, which will be fought out night after night on BBC1 and ITV news bulletins and in the press and online will be crucial,” added McLoughlin.

“UKIP sources tell me that they hope for double figures but the polls suggest otherwise, tonight will be a chance to hear what the real Nigel Farage stands for and what his party would do if they really held sway after the General Election.”

The programme is made by ITV News and produced by Anna Youssef.

END_OF_DOCUMENT_TOKEN_TO_BE_REPLACED 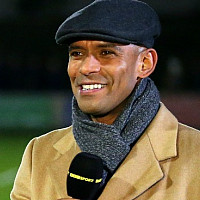