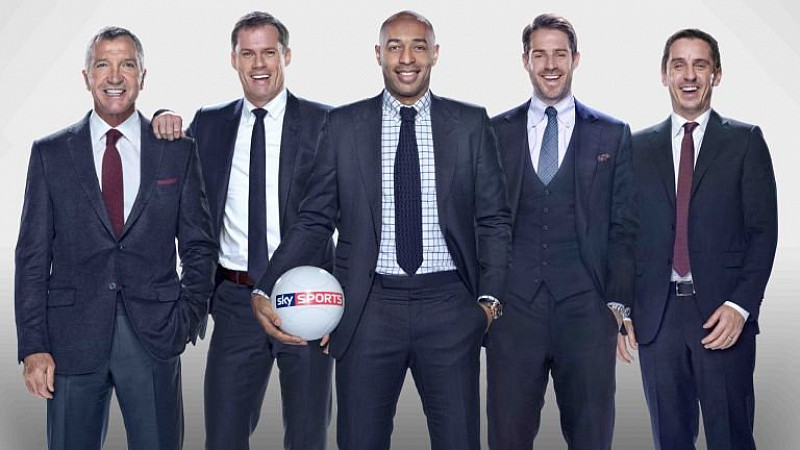 The "media rights bubble" that saw the television rights to the Premier League sold for an astonishing £5.1bn yesterday will not burst any time soon, football finance experts from Deloitte have said.

The Premier League achieved a 71% growth in the value of rights to its games for the three years from 2016, with Sky paying £4.2bn for five of the seven TV packages while rival BT paid £960m for the other two. Sky paid £4.2bn to keep the rights to cover the Premier League

Sky paid 83% more than it did in the last round three years ago, while BT paid 18% more and has increased the number of live matches it will show from 38 to 42 a year.

And Austin Houlihan, senior manager in the Manchester-based Sports Business Group at Deloitte, said: "With this latest round of Premier League deals we see no signs that the ‘media rights bubble’ is going to burst any time soon, as some have predicted regularly over the last 20 years. Top-tier domestic league football continues to be highly attractive to Pay-TV, delivering subscription-driving content through ten months of the year.”

“With increases already achieved from domestic live and highlights rights deals and anticipated strong growth in overseas deals, the benefits of the new deals for Premier League clubs will be substantial.

“In 1991/92, the season before the inception of the Premier League, top-flight clubs generated less than £15m in broadcast revenue. In 2013/14, the first season of the current three year cycle, the 20 top-flight clubs shared broadcast distributions totalling £1.5 billion. The new round of deals from 2016/17, will deliver record amounts to clubs."

Sky's shares opened down more than 4% this morning, with analysts from Jefferies saying the deal "challenging to explain" to shareholders.