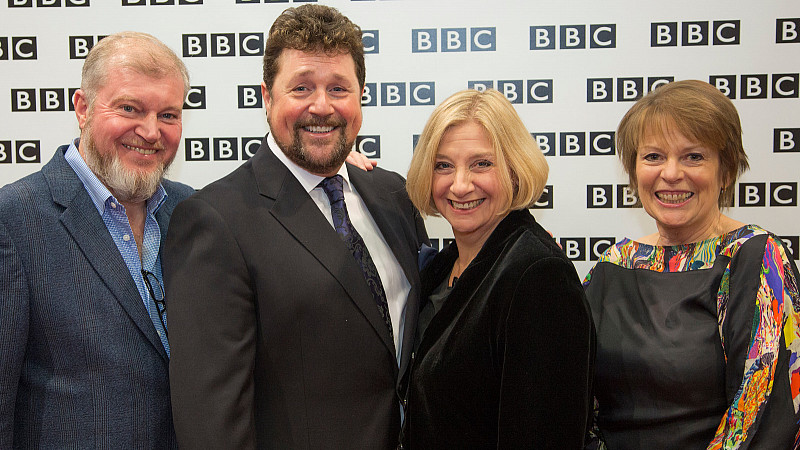 Victoria Wood was in Manchester last night for the premiere of That Day We Sang, the adaptation of the stage play she originally wrote for the Manchester International Festival.

The TV musical, which is due for transmission on BBC Two over Christmas, was shown to an invited audience at Salford Quays with attendees including writer and director Wood, star Michael Ball and several other members of the cast and production team. It tells the story of Tubby (Michael Ball) and Enid (Imelda Staunton), two lonely middle-aged people who meet at a reunion of the Manchester Children’s Choir, who made the iconic Columbia recording of Nymphs and Shepherds in 1929.

Wood said: “That Day We Sang brings together everything I love, singing, dancing, comedy, love and chips. A musical set in ‘29 and ‘69 complete with tap dancing children, singing coal men and possibly a tram, was always going to be a big undertaking, and I'm very appreciative of the way everyone at the BBC has been so encouraging and supportive.”

Executive producer Bevan Jones added: “Victoria Wood is an extraordinary talent. This script is warm, witty and fun, complete with music and lyrics that make your heart leap.”