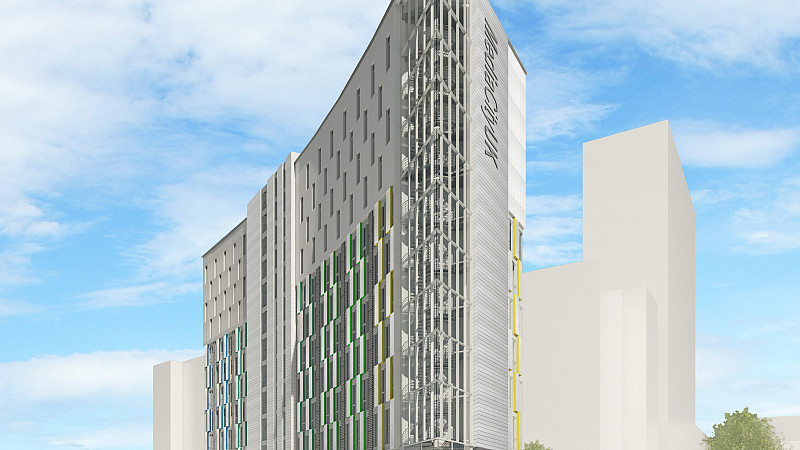 A new Premier Inn hotel as well as 54,000 square feet of creative office and studio space could be on its way at MediaCityUK as part of a £20m investment.

The Peel Group has put in for planning permission for the development of a 10-storey building fronting Broadway which would have four hotel floors with six floors being made available for bespoke spaces for creative businesses to make their own.

MediaCityUK MD Stephen Wild, said: “Technology, media and creative is a rapidly growing sector in Greater Manchester, which itself is now considered the second largest creative and digital hub in Europe. MediaCityUK has been a key trigger in the explosion of creative start-ups and national relocations so it’s essential that we give these businesses the right type of space and the flexibility to grow organically.

“Equally, as MediaCityUK’s business community has thrived and our leisure offering has grown, so has its reputation as a go-to destination. The arrival of a new hotel will service both those here doing business or visiting.”

If the plans are approved by Salford City Council, the new building will give occupiers a further option adding to The Greenhouse, The Pie Factory, White, Orange and Blue Towers, The Landing, Quay West, The Victoria and The Alexandra.

Acquisitions manager for Whitbread Hotels and Restaurants, Nick Johnston, said the plan would create 40 new jobs, around half of which would be offered to those who are long-term unemployed.

If approved, construction will commence at the end of this year and will be due for completion by late 2015 and the hotel will open early 2016.

As well as being home to the BBC, ITV, Coronation Street and the University of Salford, more than 200 smaller media and tech companies are now based at MediaCityUK.