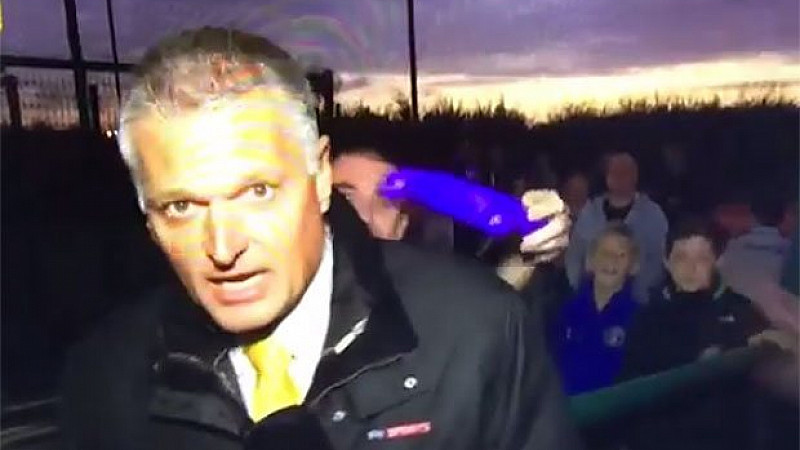 Given their habit of planting themselves at the heart of a given story, Sky Sports News reporters have had to develop a certain patience with members of the public when filing live-to-camera pieces.

The odd rude gesture has become an inevitability, with some have-a-go heroes plucking up the courage to grab their 15 seconds of fame with a profane utterance of some sort.

But nothing could have prepared Alan Irwin, Radio City's Everton commentator who was drafted in for another of his regular freelance shifts for Sky Sports News, for what happened on transfer deadline day last night.

After a frantic and frankly uncomfortable few seconds of ear-waggling, the supporter was bundled off by security. The mind boggles.